Home » NEWS » Market info » Electric cables on the highway for electric trucks? What are the pros and cons

Nowadays, unfortunately, pollution is a problem that cannot be solved. Much is also due to the use of cars and trucks which, are extremely polluting when they travel for long distances. 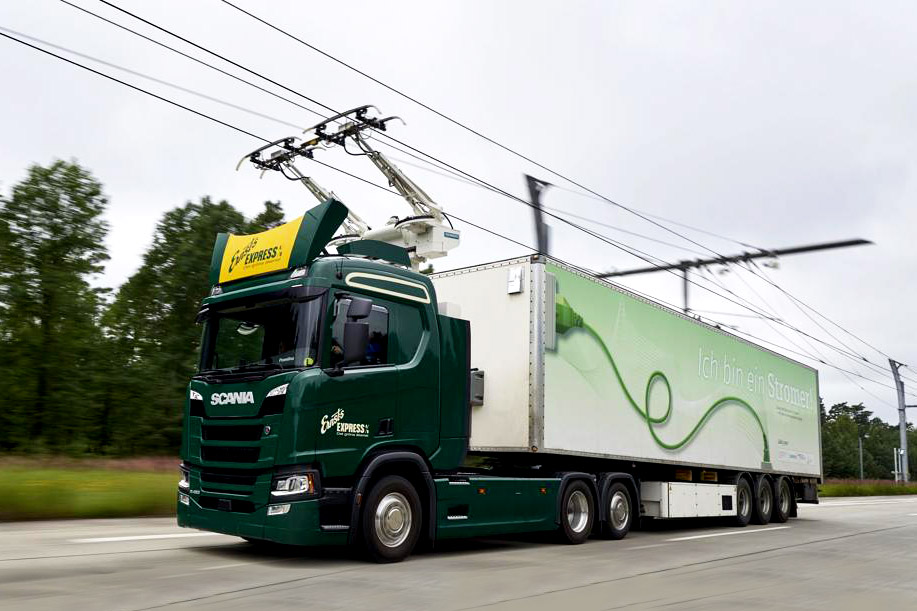 However, it is impossible to eliminate cars or lorries from the road. In Germany, however, they have found an alternative solution, at least as far as trucks of various categories are concerned. In fact, in the Teutonic country through the installation of electric cables, they are testing a way to supply electric trucks and avoid using common fuel.

It is, therefore, necessary to analyze in detail what the implications of this solution are. We have to take into account what the pros and cons of this experiment are.

Electric cables for trucks: what is this project about?

First of all, let’s start by understanding what the method of installing electrical cables on motorways for electrical trucks are.

On German motorways, which as you all know have no speed limits, overhead cables have been installed. These cables are very similar to those used by trams or trolleybuses.  Of course, for the time being, these cables have not been installed for all German motorways but for certain sections. This allows to carry out very efficient tests that can give reliable results. Those trucks that will be able to exploit these cables through a system mounted on top of them, will not mainly work with electricity but will be hybrid models.

Similar systems have already been built and tested in the United States and in Sweden.  However, this would be the first experiment carried out by a Central European country. It is, therefore, necessary to analyze what are the pros of this system, but at the same time also those that can be considered the cons.

Electric cables for electric trucks: what are the pros?

We will start by considering the pros of this system.  With no doubts, electric cables for hybrid trucks make it possible to reduce the environmental pollution produced by the various trucks. It is believed that using this method, carbon emissions can drastically reduce and encourage the development of cleaner and purer air. A substantial reduction in carbon emissions could also reduce the catastrophic situation of the ozone hole.

Another positive aspect of this solution can be considered the one related to economic savings. As hybrid truck models, they would still have to rely on common fuel such as petrol or diesel to run smoothly.  However, these materials would be consumed in a smaller percentage, especially when dealing with a medium-long distance trip.

It is estimated that the money saved by using a hybrid system consisting of electricity and gasoline is about 20,000 euros of truck that makes an average journey of 10,000 kilometers.

Electric cables for trucks: what are the cons?

Now, we must also consider what the cons of this system are. Well, according to some skeptics, this technology will ruin the transport of trucks. In fact, a truck that uses electricity to move forward will certainly be less efficient than a truck that uses ordinary fuel.  This is partly true since at the moment it is not yet possible to replicate the performance of vehicles that use petrol or diesel, using a different source of energy.

At the same time, if trucks become more inefficient, they could be slower thus causing a delay with the delivery.  This could create several issues that could affect the entire trading system. At that point, many would agree to return to ordinary trucks that use naphtha or other types of fuel and the problem would not have been solved at all.  Moreover, if it was the case, this would represent a more unnecessary expense for the construction of power cables on the motorway system.

As a matter of fact, highway power cables for hybrid trucks can be a good solution.  However, this project must be studied in detail and planned for the best, otherwise it could really be a waste of money that would not bring any benefit.