2016 has been a year full of news and activities for La Triveneta Cavi. Here a recap of all things that made last year a remarkable year for LTC.

A new collaboration with a major consulting firm is launched. The project is called “Customer at the Centre”. This activity will last for 3 months and will involve more than 100 Italian clients and 150 foreign customers. This project aims at collecting a series of important information and data to map the perceived level of quality of product and services. This represents the new starting point for future industrial projects and digital marketing actions, which are more and more important for the development and the consolidation of the Group’s brands on international markets.

A contract with Orascom Construction, one of the most important contractors of the Middle East, is signed. The €1.5 million contract focuses on supplying low voltage cables for powering one of the largest power plants in Egypt. This contract, that includes several gas power stations, sees Orascom in a joint venture with Siemens, working for what is, in fact, the largest energy project that Egypt has ever made. 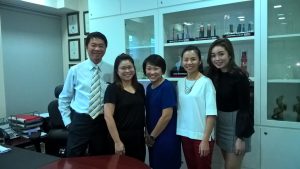 An exclusive distribution agreement with Kabeltec Asia Pacific Pte is signed. Thanks to this agreement, this supplier from Singapore becomes the benchmark for flexible products for industrial usage for the group’s plants. It has been a while since La Triveneta Cavi has started manufacturing Ltc branded products. The company will keep on growing this business thanks to its partnership with Kabeltec, taking advantage of the Singapore based logistics platform that will supply the southern eastern Asian industry.  Delivery times will be reduced for countries such as Malaysia, Indonesia and the Philippines due to the logistics on site.

La Triveneta Cavi joins the EcoVadis platform. EcoVadis is a leader for the evaluation of suppliers’ sustainability.
Founded in 2007, EcoVadis is now the benchmark for purchase departments of more than 120 famous multinational companies such as Verizon, Nestlé, Johnson & Johnson, Heineken, Coca-Cola Enterprises, Nokia, L’Oréal, Bayer, ING Bank, Air France-KLM, BASF and many others.
Over 20,000 companies rely on EcoVadis to reduce their risks, to be at the forefront and to promote transparency and good business relationships among partners.
La Triveneta Cavi represented by a team of two people, our Group Quality Manager, Mr. Alberto Albarello and the Head of the Quality Business Metal Department, Mr. Roberto Dal Lago, launched a new project that will contribute to an even greater internal improvement and allow sustainable growth while respecting high procedures and process standards. 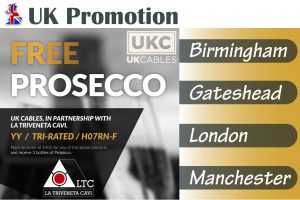 “Cable for Prosecco” with this campaign, La Triveneta Cavi entered the English market through one of its most active distributors (UKC). Those clients who will place an order on a specific range of industrial products will be rewarded with DOCG prosecco bottles. The purpose of this campaign is to connect the authenticity of the cables manufactured in Italy with a “love brand” as the prosecco is becoming in recent years in the U.K. A part from representing the Italian nature of the product, this campaign also wants to represent the ability to make business while promoting a brand.

From June 2 to June 4 La Triventa Cavi was the official sponsor and speaker at the 61st General Convention of the EUEW (European Union of Electrical Wholesalers) that took place at Forte Village, in Cagliari.
This two days convention held by the FME (the Italian National Federation of Electrical Material Wholesale Distributors) and chaired by its president, Mr. Guido Barcella, analysed a series of topics from the European macroeconomic reality of the industry, to the fast-growing e-commerce trend for electrical equipment, the Internet of the Things and much more.
La Triveneta Cavi focused on two very important topics such as the New Low Voltage Directive and on the CPR (the Construction Products Regulation) a new European directive aiming at reclassifying products according to their endurance performance to fire. Both topics were of great interest due to the significant changes of the products and of the distribution market, which will see consumers’ rights better protected in 2016 and 2017.

La Triveneta Cavi Development, a Moldavian company of the group celebrated the launch of its first production thanks to a €1 million order. Single-core fibre cables manufactured for the Austrian construction market will launch the production activity of this new plant.
The start of the production comes after nearly two years of intense construction works and machinery installation. This is the beginning of a long journey that sees the company committed to hiring new local workers and to increasing its turnover both in the Eastern countries of the old URSS as well as in the countries of the EU.

A new extensive partnership in the Middle East, for the supply of LTC, TRIFLEX and TRIFLEX PLUS rubber cables with the English company Cleveland Cables, was established.
The company, with its headquarters in Middlesbrough, in the U.K., will supply from its new logistics centre in the free zone of Dubai in the UAE, a new wide range of products. Together with La Triveneta Cavi, will focus on the Gulf’s markets, in addition to the UAE and Saudi Arabia, which are the main business crossroads of the area; Oman, Qatar and Kuwait keep on increasing the consumption of electric cables for powering electricity generators and for shipbuilding.

The Central Bank of Libya, after almost a year of difficult negotiations in approving and issuing letter of credits which enable local operators to import materials from abroad, started to release credits, thanks to the agreement for increasing the production and sale of crude oil. The Central Bank of Libya will gain more cash flow in a still very complex phase both from a political and security point of view.  For la Triveneta Cavi, Libya represented and represents an important market in North Africa, being a major player in the supply of cables for residences and houses. The Libyan market is a top priority because of the reconstruction plan that was established after months of fighting and internal war. Significant supplies will start toward the end of 2016 to our historical suppliers. 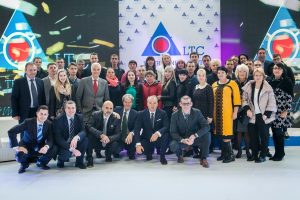 On Saturday, 15 October a new plant in Straseni is inaugurated. The plant is approximately 20 km northwest of the Moldovan capital, Chisinau.
The almost €20 million project was greeted with satisfaction by the Italian ambassador in Moldova, Enrico Nunziata and the Moldovan Prime Minister Pavel Filip who participated in the inauguration.
This investment is particularly important – said the prime minister – because takes place at a significant moment where the Moldovan government is in the process of introducing new reforms and encouraging foreign investment, such as La Triventa Cavi has done.
For the Italian group that has a turnover of more than €450 million and more than fifty years of activity, the Straseni plant is the 5th production plant out of 6, but the first being built out of the Italian borders.

The project for renovating La Triveneta Cavi’s labels is launched. The project, which will last for about three months, consists in the modification of all product labels at all factories of La Triveneta Cavi group, which according to the last new regulatory changes must include in addition to the name of the manufacturer, the postal address where it is possible to be contacted. According to the CPR (Construction Product Regulation) new labels will be bigger than the previous ones, more information on the product usage and classification will be displayed, i.e. the reaction of the product to fire will need to be displayed to abide by the installation requirements demanded by national regulations. The new labels will be available in spring 2017. 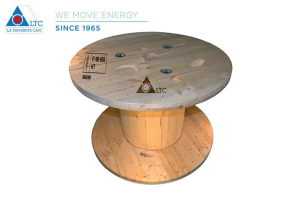 La Triveneta Cavi concludes the change of its wooden packaging. From January 1, 2017, all reels will undergo an appropriate fumigation treatment. This decision has to be seen as a way of respecting the environment and of improving the quality of the materials provided as well as a better customer service. All wooden packages of La Triveneta Cables (wood and plywood) will be eligible to be exported all over the world and especially to those countries where this treatment is strictly required for environmental purposes.