Electric cars seem to be a hot topic on the market again. Due to the increasing levels of smog in major Italian cities, and to the widespread of pollution on a global scale, it urges the need to identify strategies to reduce the rise of carbon dioxide emissions. 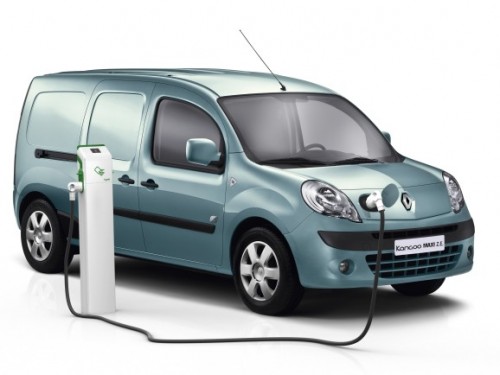 It is well-known that car traffic plays an important role on greenhouse gases emission in the atmosphere. And, we all know the consequences: increase of the earth’s average temperature, melting of glaciers and polar ice caps, raising of the average levels of the seas, accentuation of extreme weather events, etc. The list of environmental issues, announced years ago by the world experts, could last for much longer.

Electric cars, are they a valid alternative to fossil fuel?

Electric cars are a great alternative to endothermic cars, that work with fossil fuels such as petrol, diesel, LPG and methane. Apart from the resources used and emissions generated to build them, e-cars have a reduced greenhouse gas environmental impact, compared to endothermic cars that are still largely predominant on the market.

A. Advantages of electric cars

The electric motor doesn’t produce any emissions, and this is the first and perhaps, the most important advantage of electric cars. This statement is truly sustainable, only if during the analysis you can retrieve the origin of this energy. There are currently two different ways to produce the electrical energy required for cars to move. The first, is the one that uses fossil fuels, whose chemical energy is converted in thermal power stations, into electricity and heat. The second way, is represented by the technologies used for producing renewable energy, such as photovoltaic and wind parks. These technologies exploit in a more or less direct way, the sun’s energy. If you compare it a to human time scale, it is reasonable to admit that these are inexhaustible energy sources and infinitely renewable. In reality, even the sun in between 5 to 7.5 million years will run out, but given the long time remaining, this aspect is generally overlooked when talking about energies.

Following these considerations, the electric car really has a minimal impact on the environment, if it uses the energy that comes from the sun rather than using energy generated from ancient deposits of the planet, that are not inexhaustible and rich in carbon dioxide. That’s why we talk about the concept of sustainable (and social as well) means of transport. The renewable energy used by the e-car, makes it more suitable than cars with hydrocarbon emissions.

The advantages of electric cars are not only related to energy and emissions. If we have a closer look to the complexity of an electric motor and we compare it with an endothermic motor, we immediately understand the big difference between the two. The first is considerably simpler than the second. This difference has a series of positive aspects, in favor of the electric car. Below you will find a list of the most important:

1- The resources needed to build an electric motor are considerably lower than those required for the internal combustion motor, both in terms of the design and of the implementation. This is basically due to the few components required to build an electric motor compared to the combustion motor. This simplify the project and therefore the assembly process.

2- There is also a lower load fault probability in the electric motor, as well as an easier localization of the fault if it needs to be repaired. Finally, all this elements result in a lower and ongoing maintenance cost. These will represent a benefit for the e-car owner.

3- It is impossible to compare the two motors from an efficiency point of view. The efficiency of an electric motor is about three times bigger than the endothermic, that hardly exceeds 30%. This factor has an important impact on consumptions and, perhaps, even on the ethical justification, that leads a person to make a transport system choice rather than the other.

4- The acoustic emissions of an electric motor are significantly lower than those of an internal combustion engine. Electric cars are very quiet when moving, and a busy city, where only e-vehicles are allowed, will definitely be better from a noise pollution point of view.

5- Electricity is a source of energy that can be produced anywhere and with technological systems accessible to everyone. Owning an electric car also means having the ability to reach a kind of real energy self-sufficiency. If the car owner was also, at the same time, the owner of a photovoltaic or wind system, he could use some of the produced energy to recharge the batteries. Therefore, he won’t need to depend anymore on third parties or, even worse, on foreign countries. As solar appliances are getting a foothold in various domestic areas, this idea of energy self-sufficiency, even in the private transport sector is closer than ever;

6- As the electric motor reaches lower operating temperatures compared to the combustion motor, the chemical alteration and therefore the consumption of lubricants is considerably lower. Furthermore, this aspect reduces the electric car’s environmental impact;

7- Moreover, differently from normal cars, that if not used are subject to sudden temperature variations and mechanical stress, the electric car doesn’t suffer if only used from time to time. Since cars are normally used on a time to time basis, also from this point of view the e-car represents a better choice.

If we wanted to go more into technical details, the list could be much longer.

B. Disadvantages of electric cars

Regarding the disadvantages of the e-cars, we can mention the following points:

– The low energy density of car batteries, probably represents the major limit, since it doesn’t allow a long lasting self-sufficiency. In other words, a certain amount of volume must be sacrificed for batteries, that are moreover characterized by a relatively high weight.

– The lack of a consistent network of charging stations, forces e-car drivers to carefully plan their trip ahead, even in relation to the reduced self-sufficiency we mentioned above.

– The current technology related to car batteries is not without an environmental impact. The production chain of batteries, as well as the materials employed, have several critical aspects in terms of sustainability. For example, one of the main metal used is lithium, whose availability on the earth’s crust is limited and, as far as we know today, it is exclusively concentrated in a few areas. Finally, most of the chemical compounds contained in the batteries have a high degree of toxicity for men and the environment in general.

From the description mentioned above, we can say that one of the main limits of electric cars is their limited self-sufficiency, that could be easily solved by limiting the way cars are used today. Regardless of the type of technology employed, today’s choice is clearly not sustainable.