Nowadays, respecting the environment is a reality that we must respect if we do not want, over the long term, but not too long, get catastrophic effects on the ecosystem of the Earth. Here, a project of a wind turbine whose aim is to generate clean electricity and renewable energy. 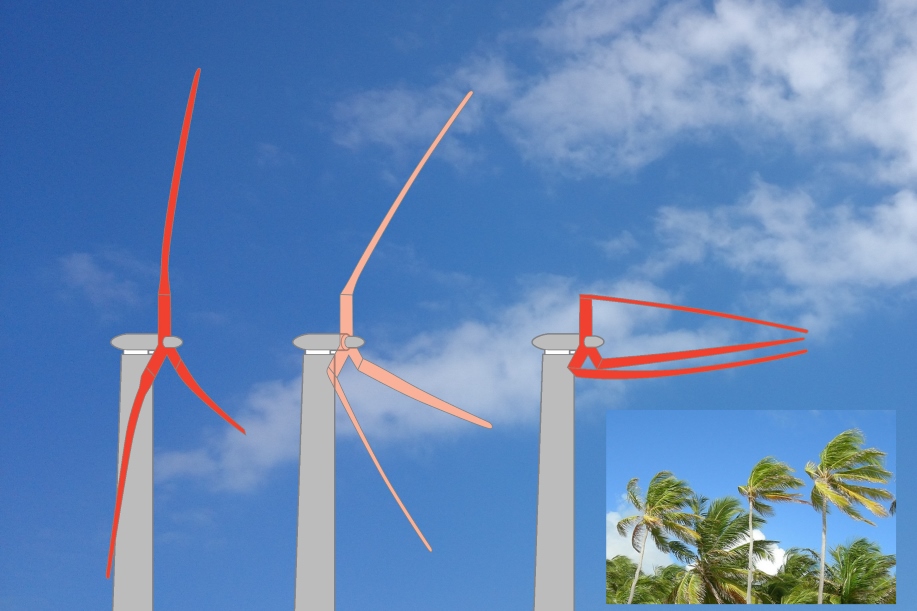 If on the one hand, modern technologies have succeeded in significantly improving the lives of many people in the world, on the other hand, it has generated a truly disastrous impact from an environmental point of view. That’s the reasons why, over the past few years, we have been trying to find innovative and state-of-the-art solutions, which, at the same time, can be ecological and green. Nowadays, one of the most commonly used solutions is undoubtedly represented by the so-called wind turbines that are substantially characterized by a series of blades of a variable number (one, two or three) which slowly rotate while exploiting the power of the wind. This is a truly revolutionary idea because these turbines generate a lot of electricity.

How to use wind power with these turbines

Since ancient times, thanks to its power, the wind has always been used as a driving force to generate energy.
Wind energy is generated from wind: the idea is to exploit the kinetic energy of the air that is converted into mechanical energy, through the use of air motors (for example for grinding materials) or into electrical energy through the use of wind turbines. Wind turbines are generally installed in areas where there are efficient weather conditions, for example on the top of hills, mountains or in open sea (in the latter case we are talking of offshore wind power). Moreover, wind turbines are usually installed in groups. The idea is to exploit, as much as possible, a given favourable area and create an electrical functional and effective grid.

Blades that look like palm trees: the last generation of wind turbines

Wind turbines that look like palm trees: this is the project of the University of Virginia that has revealed itself to be among the most interesting projects about turbines for offshore wind power stations. The project consists in the realization of a turbine that is inspired by the shape of a palm tree.
The idea is to create a turbine with a new completely design that looks like a palm tree, easy to install, even in the most difficult marine areas, where the winds can blow over 300 km/h. This project is called Ultralight Morphing Rotor and is carried out by the Department of Aerospace and Mechanical Engineering at the University of Virginia.

The secret behind this kind of power lies essentially in the morphology of the blades: palm trees were, as a matter of fact, taken as a reference, because they were born to efficiently resist to hurricanes. Therefore, just as palms that bend and yield depending on the direction of the wind, these blades act in the same way when there are strong winds.

The Ultralight Morphing Rotor project involves blades that are at least two hundred meters long, characterised by five or seven segments that will be assembled directly on the spot.
In the case of a hurricane, the blades will fold upon themselves by exploiting a pivot hinge.

Another very interesting characteristic is certainly the blades’ weight, which is considerably reduced: the glass fibre with which usually blades are made, will be replaced by a carbon fibre that is undoubtedly lighter but at the same time much more expensive.
It looks like that, with the beginning of summer this project will finally take place. According to some sources, a few tests will be carried out in Colorado using a reduced dimensions prototype (with blades of 21 meters). The actual manufacturing of the turbine instead, will probably start only afterwards, and according to what has been said, it could be finalised in the spring of 2019.