Living in a cleaner and healthier environment should be the common goal of large multinational companies, small and medium-sized companies. Even though some companies are forced by law, and others by conviction, nowadays companies are trying to invest in alternative energy production sources that will allow to reduce the costs related to the latter and keep the production capacity of their plants unchanged. 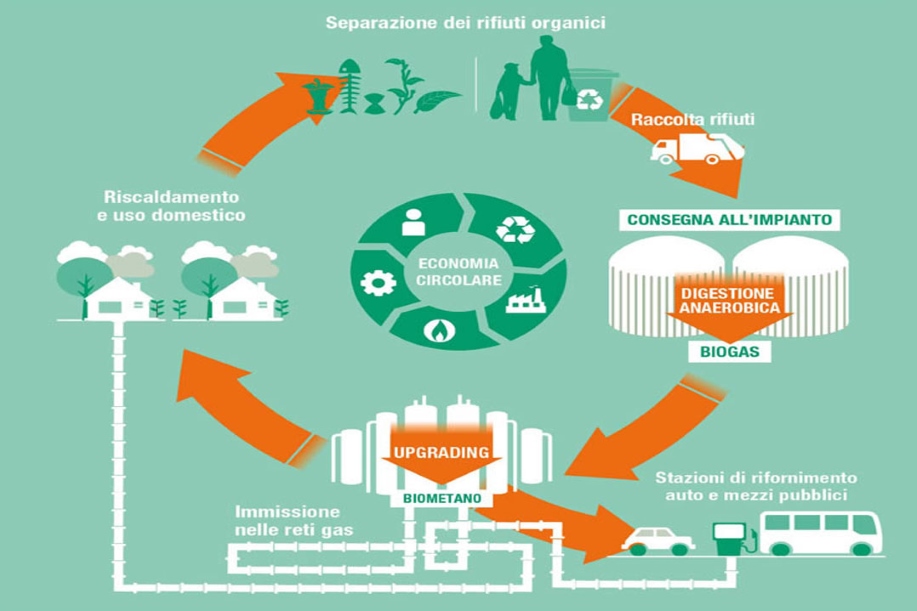 Reducing environmental pollution is a concept we are all aware of. We are talking about a polluting phenomenon that is causing a series of problems in many different industries (such as the agricultural industry, where the harvest and ripening of the various fruits of the earth are constantly altered, thus influencing all those industries and services that are connected).

With the idea of defeating the pollution issue, environmental institutions and manufacturing companies are doing their best in promoting a policy aiming at fighting against all of those factors that could cause nature contamination. As far as it has been stated by several ecologists and experts in the field, one of the main causes of pollution lies in the waste of raw materials that could be reused in a different way compared to their previous intended use.

Few people know that organic waste can be extremely useful in the production of clean energy that makes companies more efficient. In a few words this means that what it was previously seen as nothing else then a cost, it can now be turned into a resource to generate revenue. Having said so, the questions we can ask ourselves are as follows: what are the main advantages of organic waste recycling? And what can be obtained from the sorting and treatment of these substances?

This is a fundamental step for energy production.
Data in hand, experts say that plant and animal organic waste constitute approximately 35% of the entire household waste disposed annually by every single family. If part of the waste is made of non-edible food and intended to be thrown into the bin (such as husks, shells, cores, bones and

fishbone), unfortunately, every year, Italian families throw in the bin, between 35 and 48 kg of edible food on average, food which is bought in supermarkets and then left in the
cupboard until it is too late to eat it.

In this regard, it must be said that every time some food is thrown into the bin without being eaten, we are dealing with a double waste. In addition to a waste of money, we are also dealing with an environmental waste which is made up of all those resources that have been used to produce it (for example fertilizers, water, etc.).
The best way to reduce this kind of waste is to sort it. This represents countless benefits, including:

Sorting organic waste, which also involves the removal of non-degradable substances from the latter (such as plastic or various types of metals), leads to the creation of two main compounds: compost and biogas.
What are the differences between the two? The answer is very simple and mainly depends on their intended use. Biogas comes in a gaseous state, is the result of bacterial decomposition of organic materials and is used to derive electricity and thermal energy. Compost, on the other hand, comes in a solid state and is used as an alternative fertilizer to traditional fertilizers; its purpose is to improve the characteristics of the soil that is going to be harvested.
As you can see, between these two substances the most suitable for energy production is biogas. Which are its main benefits?

The advantages of biogas

The use of biogas represents an important step forward for all those companies wishing to reduce their waste disposal costs and have large amounts of energy. This is possible because this process allows high environmental sustainability combined with the possibility of producing biogas wherever it is needed.
That said, a very simple question arises; why biogas is more effective than traditional fuels? What are its benefits?

Among the main ones, the following deserve a special consideration:

To be really effective, biogas production, however, requires a well-organized organic material sorting, and more specifically, the accuracy of such a sorting is what environmental protection organizations are investing all their resources.