Home » NEWS » Featured » What are the signals indicating a problem with the electrical system?

It can easily be said that there is no building with a certificate of liability that does not have an electrical system. 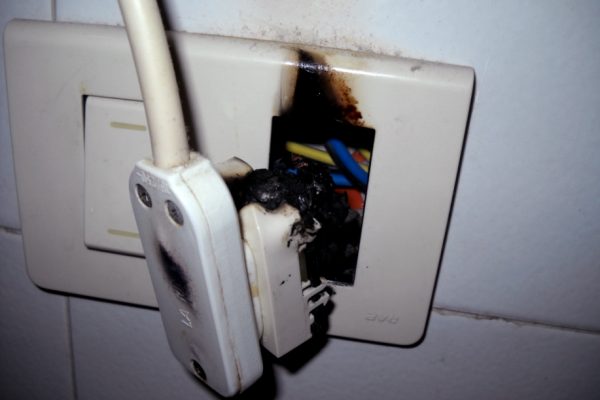 However, the condition of the system is not always optimal; it can present several problems due to a previous lousy design or because the system is dated.
It may not be easy to address the causes of these problems, especially if you are not an experienced professional. It is, therefore, advisable to know well the possible symptoms that could lead to a bigger problem so that we can prevent dangerous situations.
Sometimes you could think that some failures are quite simple, and you might try to solve them on your own, but if you are dealing with something serious, you should instead consult professional electricians.

Symptoms of an electrical system failure

One of the most frequent problems that can occur is undoubtedly the failure of a switch.
Over the years, it can happen that a circuit breaker does not work as it did before, and as a result, it can also damage the system, perhaps triggering a short circuit.  If the switch trips continuously, it is advisable to contact an electrician. Do not try to fix it yourself!

Those who are not experts in this field should not carry out works on the electrical panel if they do not want to risk causing more damage. Your household appliances might send you another type of warning. If, when touching a device in your house, you feel a particular tingling sensation, there may be an electrical leakage of the device itself.

In some cases, the problem might be caused by incorrect electrical wiring. If this is the case, you should take action to prevent the situation from getting worse.

Lights and electrical outlets: when to worry

Flickering lights might be another signal of something wrong with your electrical system.
This effect could simply be caused by a light bulb that is not working correctly, and the only thing you should do is to replace it. However, if you don’t see any improvement when replacing the bulb, you should call an electrician to investigate the problem. If you do not solve the problem of flickering lights, by replacing the bulb, the reason could be due to loose electrical wiring. In this case, it is essential to consult an electrician. Loose wires may also be the cause of the malfunctioning of switches and electrical outlets. However, these may also not work due to an internal failure of the appliance. If an outlet has a loose plug, you may receive a shock if you unplug a power cord; in this case, the best solution is to call an experienced electrician.


A burning smell? Do not underestimate the problem

One of the most common effects of a damaged electrical system is undoubtedly the burning smell that can come from switches or electrical outlets. In this case, it is advisable to turn off the switchboard immediately and call an electrician who will be able to solve the possible wiring, overload, or malfunctioning equipment problem. Be very careful with this signal as it could be the beginning of an electrical fire. Another alarming signal is finding hot outlets or switches. If you see sparks coming out of outlets and switches, it is a good idea to cut off the power supply and hire a professional as soon as possible.

People generally tend to underestimate all the problems related to domestic electrical systems, because they often think they will be able to solve them on their own. In most cases, it is just a matter of better connecting a wire to the outlets or replacing the plugs themselves. You can never go wrong with calling a professional electrician since he will be able to recognize more significant problems.