Engineering works surprise us daily. Astonishing projects flourish on every street corner and in the most diverse places of the world. One of the best examples, that amazes every tourist, is the Christmas tree at the Rockefeller Center.

The Christmas tree lighting of the Rockefeller Center is an event, which launches the Christian Christmas festivity season and is awaited by many people in the world. With its thousands sparkling lights, that spread on the cold nights of New York, warming up the coolest hearts, this amazing work makes everybody breathless. However, those who are more surprised than everyone else, are the electrical installations technicians, and this is not a joke. In fact, the Rockefeller Center tree is not decorated with a simple set of lights (commonly used in the households), but with 8 km of cables with thousands of colored lights (about 45,000). These numbers are staggering, and staggering could be the damages generated by a clumsy planning of the system. Leaving aside the childish astonishment that dwells in all hearts, we intend to provide some guidance on the major obstacles that must be faced to realize such works. The results we will get, may be applicable to make similar works in other contexts or could be simple and useful tips, applicable to specific requirements of industrial and residential systems. 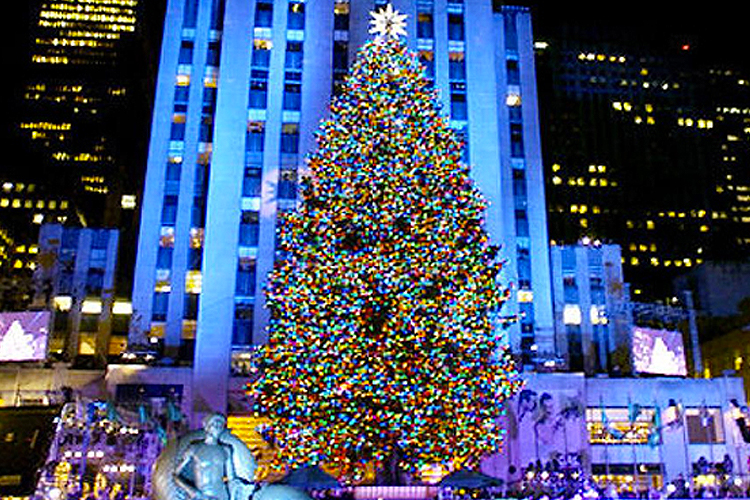 The worse nightmare, of electrical systems designers, is the ability to limit (even eliminating, the slightest possibility of danger) electrical hazards. By “electrical hazard”, we indicate the possibility for the system to constitute a source of danger for the environment in which it operates, and an even to be a greater danger, for humans living in that specific environment.

The main risks can be summarized as:

– Overload and short circuit risk, that can vary from irrelevant malfunctions, to generating fires with catastrophic effects, especially in households or industrial contexts.

– Risk of electrocution. This is caused by power anomalies, which can generate electricity gaps in the devices, or in some areas that should be perfectly isolated. As a result of this phenomenon, whoever touches electrical energy dispersed from the circuit, is electrocuted.

Typically, a system is defined safe, when all the rules and guidelines related to the accident prevention systems have been applied. Unfortunately, this is not always the case.

This anomaly occurs when electrical circuits are crossed by a higher electrical current, than the current they were supposed to be carrying. The main consequence of this anomaly is the overheating of the protective sheaths, which in certain conditions, can cause fire and enormous damages. This phenomenon is also particularly visible in households, where many extension cables are used.

To better understand this phenomenon, we will make a practical example. Imagine a river that overflows. The water will channel following the shortest and most accessible routes. Inside an electrical wire, and more generally, inside an entire system, the electrons can be compared to a river, that runs along a certain route: the cable. What does it happen when the route is damaged, or the cable is disrupted or broken? Basically, the electrons squeeze and accumulate, following the new – abnormal – branch, generating thermal shocks and arcing onto the wire, that will provoke, in the best case scenario, only a short circuit.

It is usually defined as a shock. Basically, it occurs when a human body is crossed by electrical energy. Electrocution can occur in a direct or indirect way. It occurs in a direct way through direct contact with exposed wires or because of worn insulation materials. In these cases, the shock happens when there is a direct contact with the electrical source and the body closes the electrical circuit. We say indirect way, when there is a conductor, such as a metallic coating of a device, between the source of energy and the body. This represents the most dangerous hypothesis: even if you pay attention and you don’t touch exposed wires, it is pretty hard for you to imagine, a dispersion generated from an external component to the circuit. Even in this case, the main cause of this phenomenon can be attributed to a worn electrical system, that disperses electricity. The indirect electrocution is very common in industrial environments or in front of impressive modern works (like the Rockefeller Center Christmas Tree).

It seems obvious that the Rockefeller Center tree isn’t only amazing for the show it offers, but for the skill used for building it. While planning such works, it is of primary importance the choice of cables. In fact, the planning requires a careful analysis of the work load of the system, to determine the most suitable materials (type and thickness of the cables). In addition to internal problems of the circuit, industry experts have to face long-standing considerations about the environment, where the work will be installed. They will need to take into consideration the air humidity, the circuit accessibility, if the work is going to be installed outdoors and / or indoors, climate factors, the temperature, the structural stability, the presence of rodents etc. All these evaluations have a single objective: to choose the most appropriate components and devices, and more specifically, the most suitable cables for the project. In fact, if a correct choice has been made and cables undergo constant maintenance, problems related to electrical systems can be reduced by 75% (more information: www.latrivenetacavi.com).