Using photovoltaic panels in agriculture can be very advantageous. The reason why it is so advantageous is that you can produce electricity from a renewable and clean source of energy using the sunlight, which is a free and inexhaustible soruce. Those who work in the agricultural industry know really well how much energy is needed for the various production processes. Thanks to this technology, agriculture can become energy independent from the national electricity distribution grid and the energy in excess can be sold to electricity distribution companies. 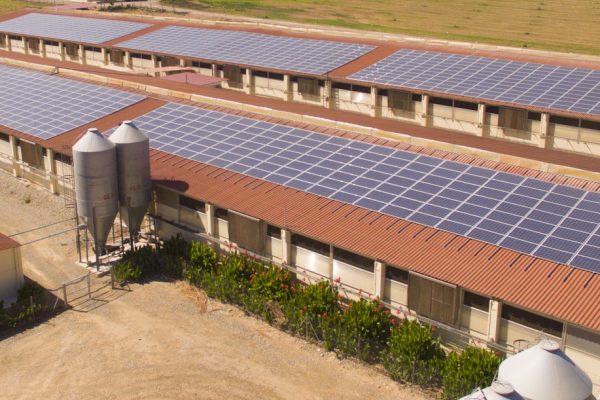 In this regard, installing photovoltaic panels on agricultural land used for crops and for producing electricity, could be seen as an interesting opportunity to diversify agricultural revenues, reducing energy costs, the emissions of pollutants and maintenance intervention compared to traditional systems. This can also contribute to the achievement of the EU policy goals regarding the environment and the climate.

Photovoltaic panels, a versatile technology for the agricultural industry

The Italian agriculture industry and the technology behind photovoltaic panels are strictly connected. We are dealing with a profitable eco-sustainable relationship, that allows reducing costs and saving energy, even for more than 20 years.
Regarding photovoltaics, the renewable RES decree of the Ministry of Economic Development, which is expected to be approved at the end of the summer, provides new incentives starting from 2018 until 2020, for the most competitive renewable kinds of energy. This means that these incentives are addressed to those factories that produce electricity with renewable sources and that stand out for the quality of their projects, the protection of the environment, of the climate, the landscape and the territory.

As it has been seen in this article, agriculture can really get great benefits from the use of renewable energy. To know the full potential of the installation of photovoltaic panels used for agricultural crops and production activities, as well as to generate energy for resale, the Italian Farmers’ Confederation, one of the largest trade associations of farmers in Europe that aims to achieve environmentally sustainable agriculture for a better environmental protection, can provide more information and support about this matter.