The Japanese idea to reuse old batteries of electric cars starts with the concept of recycling. A concept that has now become a reality, it is more and more current, and even more necessary to male the impact on the environment of technological innovations as less negative as possible. 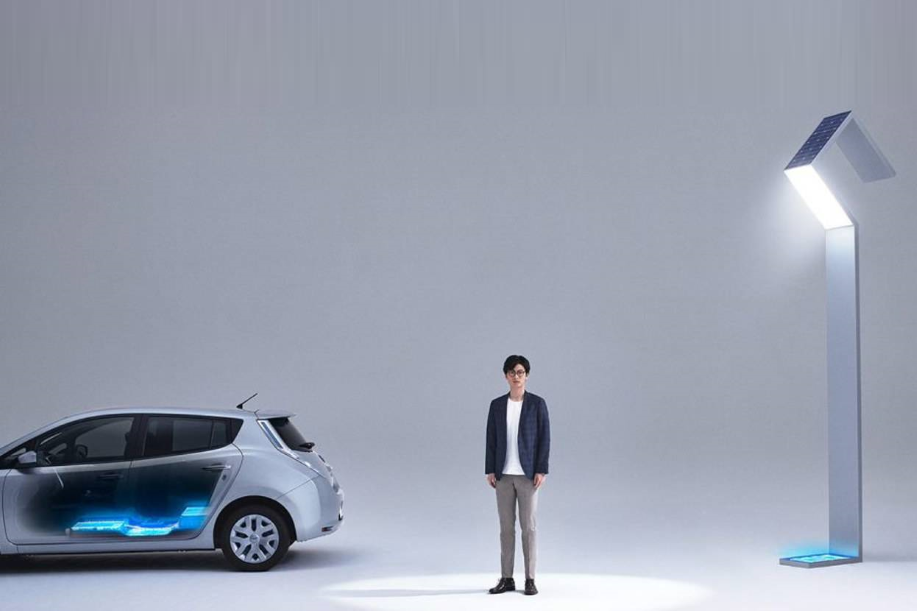 While cutting-edge technologies have dramatically improved our everyday life, they have also had negative effects on nature and on the surrounding environment. For this reason, companies are trying to find alternative solutions, especially with regard to the disposal of certain types of materials. One of the most common problems, for example, is the disposal of electric car batteries.

The solution could come from Japan: Nissan has recently launched a truly innovative project called The Reborn Light. More specifically, this project was developed in the city of Namie and foresees the possibility of powering street lights using old and used batteries of electric cars.

This Japanese project represents a real revolution: it gives a new life to electric car batteries that would have, otherwise, been thrown away after the first use. Instead, these batteries will be assembled in packs for energy storage and other uses.
This idea originates from a collaboration between Nissan, 4R Energy Corporation and the Japanese city of Namie. The city of Namie, which is located in eastern Japan, was not chosen by chance: in 2011 the city suffered two major crises caused by an earthquake and a tsunami.

Therefore, it will be in this city that the first plant for the reuse and recycling of lithium batteries of electric cars will be located. In this way, not only there will be an alternative solution for the disposal of this product, but a decisive turning point will also be sought in the economy of the city, that has gone through a crisis after the events of 11 March 2011.

The Reborn Light: the regenerated light that revolutionizes Japan

In the Namie plant, second-hand batteries will be used to bring onto the market the first reprocessed battery that can be used for electric vehicles, at an extremely advantageous cost (compared to new ones).
At the moment the battery type present on the market is part of the so-called Nissan Leaf series, a 24kWh battery. The uses that will be made for this battery are very different: they can be used from large-scale storage systems to electric elevators.

The Reborn Light project is a state-of-the-art outdoor lighting system that acts completely independently from the city’s electricity grid. There are no cables or sockets, while everything is based on the functioning of a regenerated battery and a solar panel.

The idea of regenerated light has a rather simple function: it acts in such a way as to prevent any blackouts (which often occur in Japanese cities). Therefore, this will no longer be a problem. Presumably, over time, this type of project will have an increasing impact as electric cars will become increasingly popular in the long term.
It is also interesting to remember that the streetlights that will be used will not only be eco and environmentally friendly, but will also have an extremely revolutionary structure and design. They will have a spatial appearance and will feature a solar panel integrated into the curve of the ring that will also include the LEDs.
It doesn’t only represent a functional and an efficient breakthrough, but it has also a sophisticated and undoubtedly modern design.

When will this project really start? The Reborn Light project has already started: on March 26, 2018, in fact, a test was carried out on a prototype at the 4R battery regeneration plant in the city of Namie, while on April 1, the installation of the final model officially started on public roads.