It would have been hard, if only a few years ago, we had to find a reason to justify the use of electric heating systems, rather traditional ones, powered by fossil energy sources such as oil, natural gas and LPG. 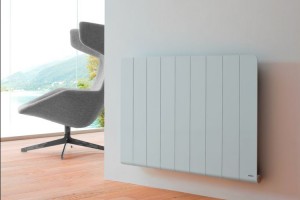 In the past, the transformation of electrical energy into heat was seen as a choice that needed to be justified either for a matter of convenience or because of specific conditions. These conditions for instance, could have been represented by a higher cost of fuel and its derivatives compared to the electricity source, the impossibility to use other resources or the simple need to have a fast heating system, although more expensive than traditional ones.

Therefore, every time electrical energy is converted into heat, we are facing the so called “degradation” of energy. Degradation occurs when a high quality energy, such as electric energy, that can be used for many different purposes, is transformed into heat. This process does not allow to use energy for any other purposed except for heating. We can also prove that from a thermodynamic point of view, producing heat with electricity is considerably less efficient than producing heat with the traditional process of burning energetic materials such as gas, oil, etc.

If we consider what has been mentioned above, we can say that in the past the use of an electric system wasn’t only seen as a money loss, but choosing such a system wasn’t even justified from a physics point of view.

If we compare it to the past, today’s socio-economic environment has changed dramatically. Even though, due to the strict laws of nature, it is still not possible to improve the efficiency of producing heat through electric energy, we can say that the economic and environmental situation has definitely changed. Using electricity for different purposes, including heating, has the advantage of producing zero gas emissions and more specifically, no carbon dioxide emissions into the atmosphere.

Nowadays, this point has become extremely relevant, as a result of the increased awareness of environmental effects of excessive “greenhouse gases” into the atmosphere, including carbon dioxide.

What has just been said, it is only true, if electric energy hasn’t been produced in traditional thermal power plants, which, by burning large amounts of fossil fuels, contribute significantly to the worsening of the well- known greenhouse effect (https://en.wikipedia.org/wiki/Greenhouse_effect).

In other words, we can only say that using electricity, rather than fossil fuels energies, is better for the environment, only if electricity is produced by sustainable systems such as photovoltaic, wind, hydropower, just to name the main ones. All of these systems exploit, more or less directly the sun’s energy, which is considered, on the human time scale, almost inexhaustible.

Below you will find the list of the advantages (and disadvantages) of using electricity for heating individual rooms or entire buildings:

In a scenario where there is an excess of electricity production, and this is what has been happening during these recent years, it is even harder to identify disadvantages related to choosing electric heating rather than traditional systems. However, the latter is likely to remain the only possible solution still for a long period of time, in specific and particularly isolated contexts, where there is no sun energy. However, considering the strong investments that have currently being made in favor of the technology used for electric accumulators (https://en.wikipedia.org/wiki/Rechargeable_battery), we can expect that in the next ten years, electricity will be even more affordable than today, forcing our old gas heating or diesel systems to be replaced.