Until a few years ago, when talking about robots, it was thought of science fiction or toys for children. Today, instead, robots are an increasingly present reality in our everyday life, at home, in work environments, and in research laboratories. 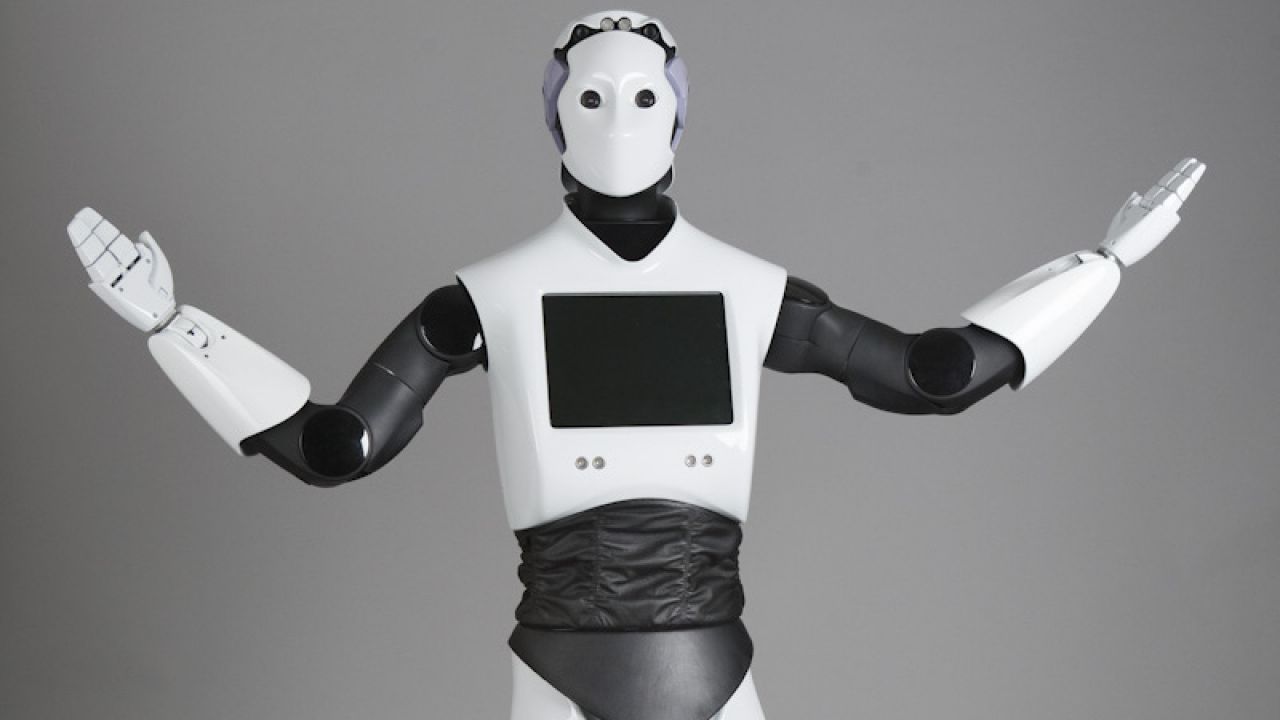 Soon, robots will also be able to work, and more specifically, to take on the role of policemen, controlling and patrolling the streets. It is not a science fiction film, but a project that has already started last year and which has become a reality today.

In Dubai, in fact, the first robot cops were presented. The head of the capital’s police has officially commissioned the first cyber-policeman to join their team. Equipped with bust, arms and face, the robot moves through a pedestal with wheels, allowing him to walk independently.

The launch of this robot has occurred during the GITEX show, the Gulf Information Technology Exhibition. This is an important event related to the world of technology, capable of conveying the best inventions in Artificial Intelligence and more.
The robot policeman, who at the time still does not have an official name, was born thanks to the collaboration between Google and IBM, in particular with the research team working with Watson, a supercomputer capable of answering questions asked in natural language. 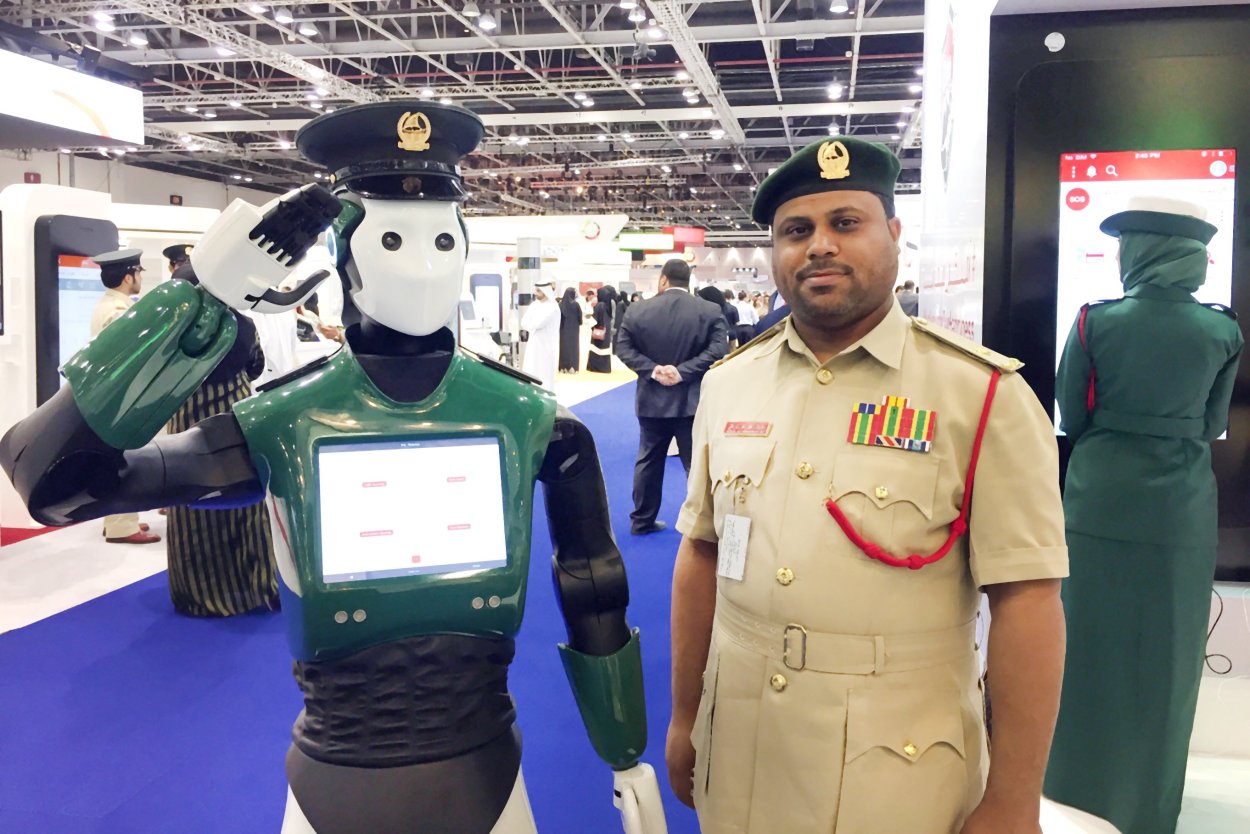 Of course, you do not have to imagine a robot hunting murderers or muggers, as the main functions of this prototype will be to interact with people in certain environments, execute commands given from the police headquarters, or do simple office tasks.

The first experiment will start in May and will see the cop robot working at the Burj Khalifa skyscraper, known for being the tallest skyscraper in the world. In this context, the cyber-policeman’s tasks will be mainly those of controlling. Being equipped with a precise video camera, the robot can monitor and control certain situations or people. It can move to have a more accurate and detailed view of what’s happening in the surrounding environment. Thanks to a series of sensors and cameras, these modern cops can take pictures at the request of the police headquarters, to identify people or situations. They can also help people in trouble.

To reassure everyone, all images stored in the robot’s memory will never be made public to ensure maximum privacy of those who are captured by cameras during normal routine control.

In fact, the camera is closely linked to a facial recognition system that will cause the camera to frame and take photos only in case of coincidence between what is detected by the sensors and what is shown in the robot database. Additionally, as the robot is equipped with smoke detectors, it can track down smokers in unauthorized areas or indicate accurately the origin of a fire. Finally, the robot will be at the service of those who wish to make complaints or pay fines thanks to its touch screen, installed on its chest.

The execution of the police robot has been done through two different steps: its design and its embodiment. As you can imagine, in both steps, making the robot itself was not that complicated, while the creation of the Artificial Intelligence program that characterizes the robot was much more complicated.

Among the cyber-policeman features, there is an app which allows to know the traffic conditions and to define the location of accidents or scenes of crime. However, for the first prototype, it has been decided to use a closed environment, i.e. the interior spaces of the famous skyscraper, so as to make it possible to control and manage the policeman as well as the reactions that people may have. They will probably be curious about the presence of this new law-paladin.
At the moment, the Dubai Police will only count on one single cop robot, but the project is predicting a rapid increase in the number of cyber-agents who will support the flesh and bone colleagues in the coming years. Only after an accurate trial and test period, this cyber cop will play more complex roles. As we stated initially no pursuit, arrest, or investigation will be conducted by these robots, but their work will mainly be to control and to help citizens.

Although the cyber-policeman has raised a great deal of interest, especially for the technology systems it is equipped with and for its high level of artificial intelligence software, it should be noted that this is not the first robot being used as a guardian of the law. However, the IBM and Google collaboration project is the first to interact with people who, as indicated above, will be able to use the touch screen on the policeman’s chest to communicate with the control panel, make complaints or pay fines.

Lastly, it should be remembered that even though this is a robot, this cop will not be able to serve twenty-four hours a day: every eight hours, in fact, it will have to go back to the rechargeable battery station to recharge its batteries. If for now this robot doesn’t have a chance to have a replacement during the recharge period, in the coming years there will be a real team of robot cops, covering all the areas that need to be controlled throughout the day, thus guaranteeing the exchange of human and non-human colleagues.