Home » NEWS » Featured » 5 incredible technologies that will change the world

As it is well known, new technologies have radically changed our way of living. If on the one hand, there are those who think that we are moving towards a civilization where machines will dominate us, on the other hand there are people who support a new approach to the world based on the idea of speeding up every kind of process thanks to new technologies. 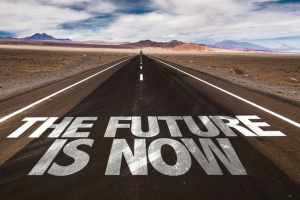 One thing is certain: technology can be considered neither positive nor negative. The only thing that matters is that technology does not end up in the hands of those who just intend to speculate about it.

In this case, we would just be facing a real disaster.

As for what will be new technologies and what will happen in the future, it is really hard to fairly forecast realistic predictions that can be taken into account. However, what is sure is that many of the new technologies developed in the last period can change our present and future.

But let’s go into more detail and find out what these incredible technologies are and how they are going to change the world.

The incredible technologies that will change the world

2015 marked a real turning point in the field of new technologies. As a matter of fact, in 2015, the first entirely sustainable city in the world with zero emissions, was realized.

As you may have guessed, we are talking about Masdar City, a town near Abu Dhabi that generates electricity exclusively by only using renewable energy sources.

In the same year, 3D printers were launched as well. Today these printers are considered to be very important in several fields but in 2015 it seemed that they were only one of the new discoveries destined to disappear over time.

This invention could turn into a real revolution in the near future. According to several studies in just 4 years 3D printers may be able to make every kind of object by optimizing resources considerably.

2016 was the turn of the solar pill. Most likely, not everyone knows what we are talking about when referring to the solar pill. Despite the fact that this discovery has not caused a sensation, it is necessary to take into account the fact that it represents a real turning point. Thanks to this particular pill you will have the ability to protect both your skin and your eyes from the effects of ultraviolet rays.

Therefore, with a pill, you might be able to avoid the risk of developing cancer forms and to prevent ageing. As a matter of fact, what is interesting about this pill is that the effects of a single intake could last even for a few weeks.

2017 has given the world the 3D pen with which you can repair damage to bones. In technical jargon, this pen is called the BioPen and represents a revolutionary discovery in the surgery field.

Basically, this pen will allow surgeons to draw layers of cells by operating directly on the bone that has been damaged. The inventors of this pen have supplied the first 3D Pen kit to the St. Vincent Hospital in Melbourne, Australia.

The idea is to try to make the pen more and more powerful and, above all, to turn it into a solving tool regardless of the size of the fracture.

Much like the pen that can repair damage bones, there is another pen that can cure wounds. We are now dealing with a laser-based pen that, like its “bony counterpart”, seems to be able to work quickly and resolutely on any kind of wound.

Among the new incredible technologies that will change the world, there are also tools for faster data transfer. Obviously, we are talking about the Light peak, a fast solution thanks to which Intel intends to allow users to transfer their data instantaneously.

The idea is to transfers 100 GB per second even if the objective could be even more ambitious. Intel says they could even reach 1 Terabyte per second. It is clear that a similar solution could represent a real breakthrough in the era of the big data and the Internet of things.

However, we have to take into account that with the arrival of the Internet of things, every object of the real world should be able to forgo information and provide the stored data to the network. The network would receive it, archive it and, above all, rework it. Such a discovery could be a decisively epochal breakthrough as well as an extra tool to help to concretize the path undertaken in recent years by new technologies and hyperconnection.

Many are the incredible technologies that could drastically and dramatically change the future of the world. In addition to the five listed above that now can be considered as a reality, there are also those that are still under improvement.

By the next few years, for example, it seems we will be able to have computers capable of achieving the same power as the human brain. Despite the fact that this goal seems to be likely to be reachable only by 2045, the road has already been opened.

At the same time, scientists are giving shape to the Web 3.0.

Web 2.0 seems to be getting ready to retire, leaving room for more and more customization and, as already mentioned, to the so called Internet of Things.

It is clear that new technologies will continue to play a crucial role in our lives and that will have to make that change on which scientists have been laboriously working for many years.

The path towards the technological revolution is undeniable and today there is nothing to do but wait for it to be achieved, to benefit from both short, medium and long term results.