Home » NEWS » Featured » How to replace an electrical socket: advice and practical tips for beginners

It is not uncommon that faults to electrical sockets occur in our everyday life. This may affect those sockets that are most frequently used by the inhabitants of the house. Since electrical sockets tend to overheat, it is not unusual, that when plugging something to a socket, you might see some sparks. To avoid fire development, it is important you replace the electric socket as soon as possible.
When you plan to replace an electrical socket, you need to follow some simple steps, that will allow you to complete the operation safely, and in a few minutes. 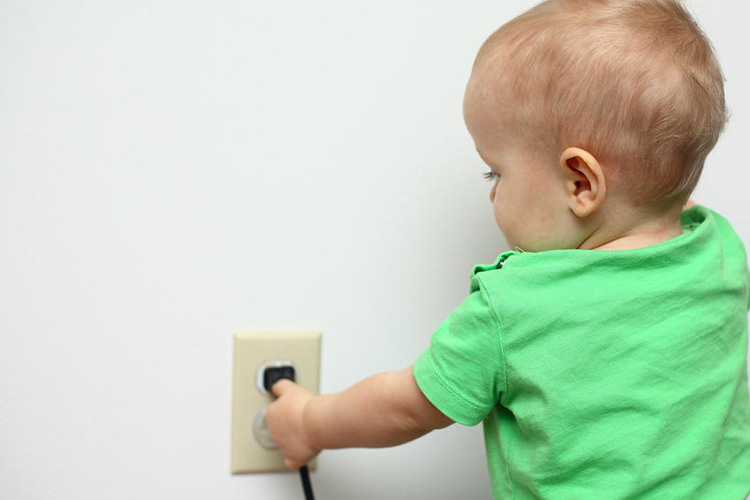 Those who don’t have a great experience in the field, before proceeding, should learn how to recognize the different wires inside the socket to complete the replacement with ease.
In fact, it is not very common to know all the elements, that make up the electrical conduits.
It is particularly difficult, for those who are not used to it, to make a distinction between neutral, phase or ground wires.

The sockets sold on the market usually have, a part that needs to be screwed or to be hooked to a hole in the wall, where the connection cables are located. There some switches inside that socket that will be fixed to the wall through a “bayonet” system.

Considering that electrical sockets are modular, if they do not work properly, it will be sufficient to simply replace the malfunctioning switch. However, there might be cases where more than one switch well need to be replaced. Whichever intervention you will need to carry out on the socket, you will need to previously disconnect the circuit panel.

To start replacing an socket, unscrew the cover plaque.

Once removed, you will see two lateral screws, whose job is to keep firm the framework. The framework hooks the switches to the wall.

The three cables you will see in the socket are connected, on the one hand, with the socket itself, and on the other hand, they are directly connected to the backbone network, which is located inside the junction box. The junction box is the main line that runs through the entire house.

An insulating coating is used to protect the conductors.

If the neutral wire can be easily recognized, due to the blue color of its coating, the ground wire is yellow-green. However, the phase wire, can either be brown, gray or black.

The neutral wire will be crossed by the “return current” of the different appliances, until the current reaches the circuit panel. Despite its name, inside a neutral wire, there is a higher voltage, than the one found in the ground wire.
However, the purpose of the phase wire is to bring electricity to different appliances. That is why, we need to highlight its role.
In fact, if you deal with a modern electrical system, you only need to look at the color of the wires. While, if you deal with an older electrical system, it is better you use a mains tester, that is to say, a special tool, that can be purchased in an electrical material specialized store.
The ground wire reaches the appliances, but it does, without any interruption. The ground wire is always connected to the central jack of the socket.
We must remember the important role played, in the main line, by the circuit breaker. It is also vital, to emphasize the mandatory implementation of a grounding system, to avoid the electric shock caused by direct contact.

If the 3 wires appear to be properly connected to the switch, you should remove the screws on the back of the socket (that is to say, the ones that tighten the three cables) and still, with the help of a screwdriver, lift the side tabs to pull out the plug.
Continue connecting the cables of the new socket (removing almost 1 cm of the sheath that covers them) to the holes of the switch and then tighten the screws.

As for the neutral wire and the phase wire, they will have to be fixed to the lateral holes. Finally, the cover plaque will be inserted in the wall, by using lateral screws.

In rather old houses, sockets do not have a separation between the external plaque, the switch plaque and the switch. In this case, they are all part of a single chunk, making the replacement of the socket even easier. The connection operations are very similar to what has been previously indicated.