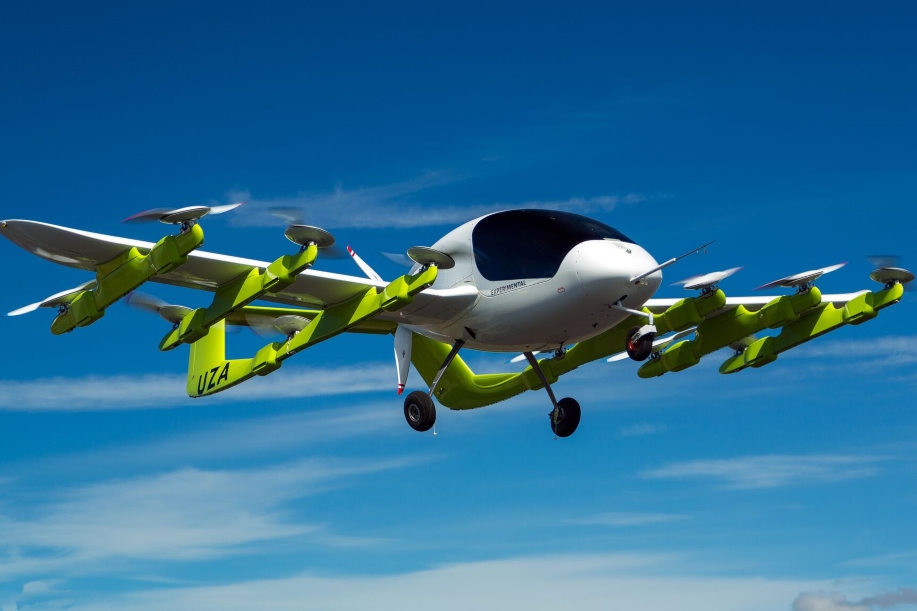 Today, current events tell us precisely how these possibilities can be implemented, so much so that the idea of developing a flying taxi powered by electricity and capable of being self-propelled, without any external help, is a reality.

The reference prototype of the flying taxi is called Cora and represents a valid aid to defeat city traffic and populate the skies. As a matter of fact, for many years now, the world’s leading companies have been working to manufacture a vehicle capable to fly and to be accessible to many. Kitty Hawk, is the first company, having carried out practical tests with a flying taxi, a company founded by Larry Page, a man known to be one of the founders of the giant Google.

The main objective was not to create an option very similar to a helicopter, but to develop even more advanced and particular projects. In addition to being able to fly, this taxi had to be self-propelled, i.e. capable of transporting passengers from point A to point B with no driver in the cabin. Initially, this mission seemed impossible, considering the difficulties of self-driving cars. However, the objective proved to be easier than expected, since the self-propelled navigation module installed on the Cora does not have to take into account curves, pedestrians and other cars that are normally present on the road.

The prototype of the flying taxi in action

The first to have seen that the goal has finally been achieved are the lucky inhabitants of New Zealand’s South Island. Right here, in complete and total secrecy, Kitty Hawk carried out some preliminary tests that proved positive. We are talking of a taxi, that only a few years ago seemed only a far-away fantasy; an unreachable idea that could only be realized in Hollywood movies. However, the reality is what the locals saw when they raised their heads to the sky: a car-airplane that sailed through the winds of New Zealand.

Among its peculiarities stands out the fact that is capable to take off vertically, similarly to how a helicopter does, thanks to its 12 rotors located on the wings. These can give the aircraft enough power not only to rise to considerable heights but also to change the direction in the sky without using an air current.

The project, which is still unofficial today, is expected to become official in the short term thanks to the efforts of the Prime Minister of New Zealand. What’s the target? To build a dense network of flying taxis in New Zealand in just 3 years. Of course, this represents a big step forward… but will knowledge, skills, economic funds and technologies be enough to succeed in such a venture? In addition to this period of only 3 years, there is also another waiting period to be respected: the sale of these aircrafts. Because, if in the early years, the Cora will be used only for the New Zealand taxi industry, they will then be expected to be used by ordinary people.

Currently, the battery of this air taxi has a range of “only” 100 kilometres and can both take-off and land vertically. This means that there is no need for any runway, as the Cora will be able to land without any problems on the roofs of houses, provided they are clear and have no antennas or obstacles of any kind.

Which developments in the future?

The next step seems to be to transform the aircraft into a taxi capable of self-powering itself by exploiting the energy of the sun. In this way, you won’t even need to recharge it once you’ve reached the site. You will simply require to fly it under the sunlight and the battery power will automatically recharge during the flight. This should not be a problem, taking into account the considerable heights at which the Cora can fly.
To tell the truth, even this idea was already in the air for a while and still, no one has given an official confirmation. It seems, however, that the invention of an aircraft capable of self-fuelling is only a matter of time.

Progress in the field of flying vehicles has not only been made by Kitty Hawk, but also by other world giants, including Toyota, Geely, Aeromobil, Airbus and even the very Italian Italdesign; and some prestigious European big companies, among which Porsche stands out. Only recently the sales manager of this company has admitted that they are thinking about flying alternatives to cars. Seconds are also taken into account: while with a car it would take 30 minutes to get to another city, with a flying car it would only take “3 minutes and a couple of seconds”. At the same time that tests were taken in New Zealand, in Germany, the project named, Volocopter, was developing. This project focuses on the manufacture of electric air-taxis for the city of Dubai. Kitty Hawk’s doors are always open to the most imaginative and surprising ideas, able to go beyond standards and common rules.

However, despite all these forward-looking momenta, the current regulations prohibit flying vehicles, like Cora, over big cities. The tests carried out are not yet finalised and it seems that there is still a long way to go.