Buderus is a German brand belonging to Bosch and has been operating in the Italian market since 1992, when they started to sell highly technological heating systems, such as their latest smart boilers. 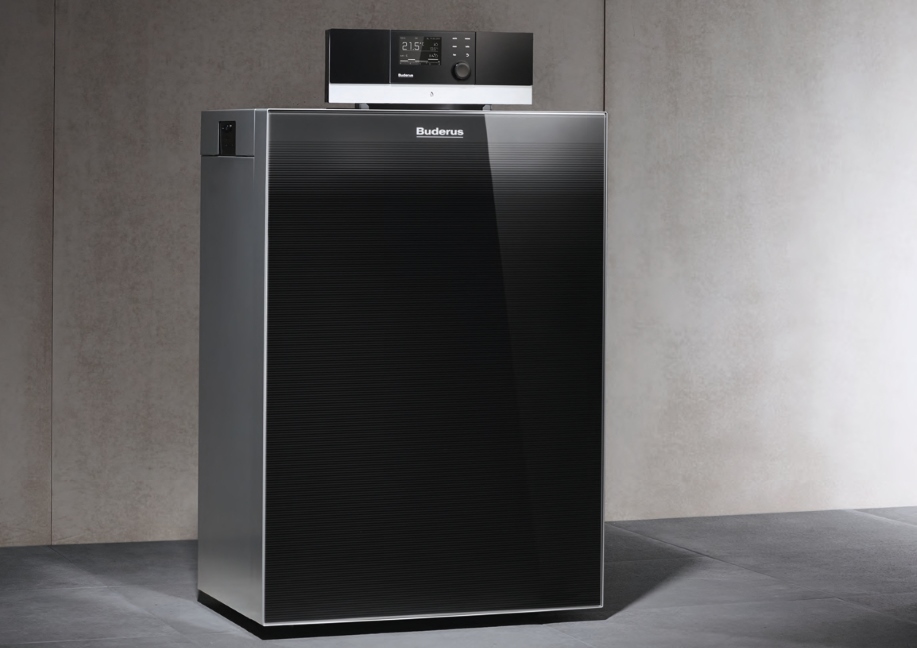 The company offers the most innovative heating solutions, both for domestic and commercial purposes, offering products that exploit different technologies and operating principles.

The main feature of Buderus boilers is that they exploit different power supplies such as gas, diesel, solar panels, and other new-concept technologies. Thanks to their new technology these boilers can be integrated with other systems such as renewable energies, heat pumps, water accumulators or kettles.
Both in domestic and commercial environments, it is possible to control them through intelligent control systems, to simplify their management and parameter settings, but above all, to maximize their energy efficiency.

A Buderus boiler features a series of thermoregulatory systems driven by a very efficient virtual smart management, which enables a simple and reliable control of a single area as well as of an entire system.

It can, in fact, be remotely controlled by exploiting the so-called home automation system conception.
Technology, flexibility and continuous upgrades are the three main qualities that characterise Buderus smart boilers.
One of their strongest smart features concerns their control which based on radio frequency data transmission that can regulate the heating system, ensuring a great environmental comfort in any situation.

Specific built-in sensors activate for detecting climatic changes, based on this, users can change the settings.
Another important feature of Buderus smart boilers is the possibility of adjusting their parameters via an app which can be easily downloaded on a mobile device such as smartphones, tablets, or directly on a Smart TV. In such a way it is always possible to remotely and easily control it and change its settings at your will.

Thanks to the Internet and a Wi-Fi connection, this technology tells you who is in the house by simply intercepting the presence of a phone or a tablet. An additional benefit of the smart connection concerns the remote consumption monitoring.

Even when the connection is via an Ethernet cable, the system is still smart and can manage additional mixed circuits in addition to the main one, giving even greater flexibility.
There are also the so-called smart thermostats that allow you to program the boiler on a weekly basis, thus optimizing the entire management of the system while maximizing the energy savings. Some models can be controlled by your phone or tablet, allowing you to make last minute changes to the program. The self-learning and geolocation functions represent an extra feature to Buderus smart boiler settings.

Recently, the company has presented the two latest technological discoveries which represent the result of the interaction between boilers and men.

The first is the Logano plus KB195i model, a standing gas condensing boiler for heating only.  A special injection system allows the fuel to be vaporized, with considerable savings compared to traditional solutions. This boiler can be smartly managed from a smartphone through its app, even when you are not at home. The App communicates with the sensors of the boiler, allowing a continuous modulation which optimizes the combustion after having carried out a precise calculation of the thermal requirements of the moment.

The second model of smart boiler is called Logano plus KB192i, it still is a standing boiler but it works on gas condensation. The brain of the system allows great flexibility thanks to its great modulation but also thanks to its simple, touch-screen and intuitive interface, which also allows remote commands and management via the Internet or with a mobile device.
For both solutions, it is possible to combine the new Logimatic RC310 control which allows management optimization, and provides the possibility of implementing the system with the laying of photovoltaic panels.

The slogan of the company talks of “heating systems for the future”, a motto that emphasizes the technological and smart essence of the products that are offered by Buderus.
What makes a boiler smart is above all the fact that it can be managed and possibly compatible with different systems depending on the model and the connection (Ethernet or Wi-Fi).

The price of the so-called boiler regulators, which belong to the Logomatic line, varies from € 250 to just over € 1,000 depending on the needs and the models combined with the chosen boiler.

As regards to domestic boilers, these can be fitted or standing and their prices vary on average from just under € 2,000 to € 7,000 but with integrated systems, it is also possible they reach higher prices.

Even for smart Buderus boilers and their regulators, tax incentives and governmental deductions are offered for those who increase the energy class of their houses and install a new energy-saving boiler.