Home » NEWS » Featured » Renting a photovoltaic system? Today it’s possible. But, who is in charge of the rental?

The photovoltaic industry is growing fast. Renewable energies represent the new goals of sustainable development. The consumption of fossil fuels has been slowly replaced by renewable energy resources.

The idea: renting a photovoltaic system 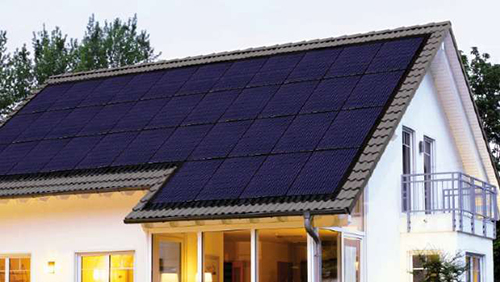 Sun, wind, water: these are the renewable energy sources for the future.
In recent years, photovoltaics have played a major role and developed extensively.
However, their cost has made it difficult for investments. Several options are now available on the market to exploit solar energy, without incurring significant expenditure.
One of the most frequently used alternatives is renting a photovoltaic system. Today, it is possible to rent a photovoltaic system to fit on the roof of your company’s building.
Therefore, solar energy is now affordable for everyone.
Obviously, it is necessary to highlight that the rental is only possible for a fixed period of time and this period must be determined at the time of the signature of the contract.

What does this mean?

The idea of renting photovoltaic systems is an innovative solution that allows you to immediately benefit from photovoltaic advantages. In a few words, the only thing you need to do is to provide your roof.
At the time of installation, the device will be dimensioned to maximize the production of energy.
It is even possible to exploit the unused energy and exchange it.
Analysing the first collected data, it seems that the rental can immediately make you saving, as it doesn’t require any deposit.

Some companies offering this service, allow their customers to postpone the payment of the first installment. As previously mentioned, the duration of the rental period must be established at the time of conclusion of the contract. When the contract expires, the company will either decide whether to go ahead with the renewal of the contract, with the purchase of the device or with the refund. The rental of photovoltaic systems is a formula suited to small and medium-sized companies because it allows generating considerable energy savings without incurring initial costs.

Who has launched this initiative?

For the moment, the idea of renting photovoltaic systems is an initiative promoted by Conergy.
The group has operated in the renewable energy sector for about twenty years and has had the opportunity to understand the economic difficulties that companies must face for managing the investments required for the purchase of a photovoltaic system.
Thanks to this initiative offered by Conergy, you can start immediately producing and exploiting renewable energy.
You will get immediate electricity bill savings. As regards the installation, Conergy has made known that, as soon as the contract is concluded, the company will take care of the installation of the system and will give support to manage it.
After the installation, the generated energy belongs to the client who decided to install the panels on the roof.
From a regulatory point of view, there are many advantages.
The company that decided to hire and install on its roof a photovoltaic system, is identified as a self-sufficient energy producer.
Basically, the company benefits of tax relief, both in terms of taxes and excise duties.
This isn’t the only benefit: all those who decide to rent a photovoltaic system have the possibility to benefit of exchanging energy on the spot.
Something you should bear in mind concerns the deductibility of the Italian Regional Income Tax -IRAP and the Italian Corporate Income Tax – IRES.
It is important to highlight that the cost of electric energy will not vary during the entire period of the rental.
Savings will be greater if you decide to extend the contract beyond the expiry date.
If you decide to go ahead with the purchase of the photovoltaic system, you will get the same savings.
What do we mean when referring to the sizing of the system?
A photovoltaic system must be maximized to optimize energy consumption.
The CEO of Conergy – the company that started this initiative – has explained in details the mechanism of the rental.
With the maximization of the energy production, there is the opportunity of exchanging on the spot, the auto-produced energy that hasn’t been used.
This procedure is called “exchange on the spot”.
As we’ve previously mentioned, renting such devices represent a turning point in the market of photovoltaics.
Before this initiative, the market was registering a decrease in photovoltaic systems due to their excessively high costs.
Moreover, the fact that real incentives, such as the so-called energy account, stopped to be given, has drastically compromised the market. Both in Italy and in Europe, solar systems had to deal with a rather complex situation, after an initial positive trend.
Even though today some aspects of the industry haven’t been developed yet, the sector is ready to face future challenges.

The short term goal is to enable Italy producing again a photovoltaic annual power equal to 1 GW. Basically, the goal is to install 100,000 photovoltaic systems per year.
Probably, over the short-term, the renting of these systems, will increase the percentage of installed photovoltaic systems, giving a new impulse to the industry and will create new opportunities for renewable energies.
In other words, the project launched on the market by Conergy, apart from being a forward-looking innovation is the only alternative capable of allowing small and medium-sized enterprises to get closer to renewable energies, to save and above all to preserve the environment, while renouncing to the exploitation of non-renewable energy sources for the production of energy.
Renting a photovoltaic system isn’t that expensive and represents a series of advantages.
In the near future, is not to be excluded that, in addition to the Conergy group, other companies will decide to take the same route making the market prices more competitive and allowing more companies to switch to photovoltaics.