Hydroelectricity could be considered as the first renewable source on the market. Mainly based on potential and kinetic energy, hydropower is one of the main renewable energy sources available on the market, capable of contributing to the production of almost one-fifth of the world energy (18%). 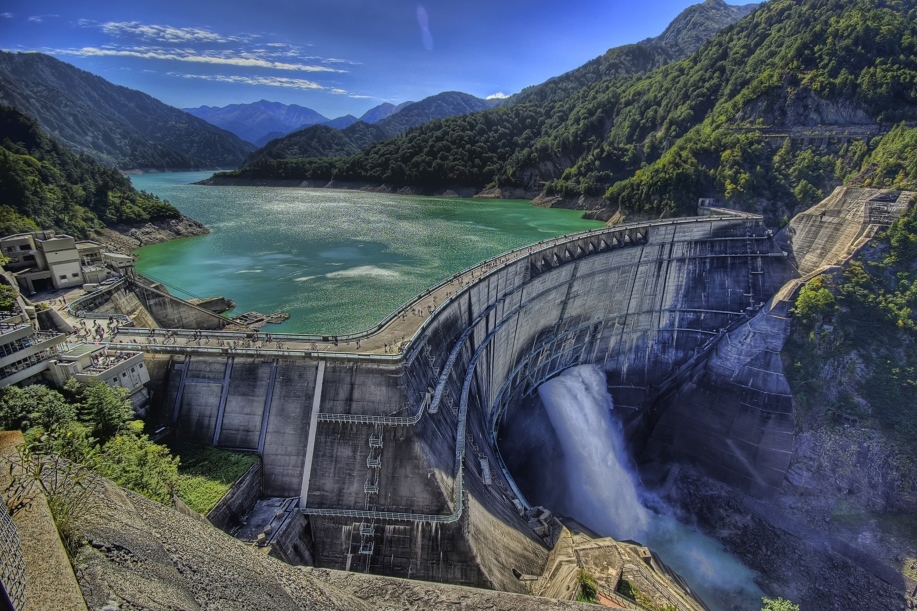 Potential energy is the result of sea evaporation, which, in the form of rainfall such as rain, snow or hail, makes the water falling back onto the earth and gives it potential energy.

Kinetic energy is the result of the path that the water takes from its source to its mouth. But, how is electricity produced by water? The answer is very simple: by exploiting the various water level differences (whether natural or artificial) and by conveying water into turbines to generate electricity. For this purpose, there are several types of dams to channel water from rivers or lakes. Many of these plants, mostly located in mountainous areas, use very high fall heights to be more powerful and produce more energy.

Hydroelectric power can often be the derived from swell, tides or marine currents. In this case, however, it is appropriate to define it as tidal energy.

But how do hydropower pumping systems work? How exactly does energy production take place? The answer is very simple: through water transfer between two tanks, which are placed at different heights.

During the so-called “off-peak period”, when the energy demand is not very high, the grid provides low-cost energy to be used to produce hydropower, by pumping water from the lower reservoir to the upper reservoir while using reversible turbines.
In periods when the demand for energy increases, water is released through the turbines to produce hydroelectric power, which is immediately injected into the market. These periods, however, have negative energy balances, and this happens because the amount of energy spent is significantly higher than the amount of energy produced.
Having said so, the question that arises is pretty straightforward: given that the energy balance is negative, is this energy production process worthwhile? Well, the answer is yes. As a matter of fact, inexpensive energy is used for actuating the pump, such energy is taken from the energy that is not used during peak demand periods.
The idea that has been taking hold in recent years, is to increase hydroelectric power production to cover the energy needs of the whole south of Italy, with the possibility of offering prices at least 30 percent lower than the current ones. 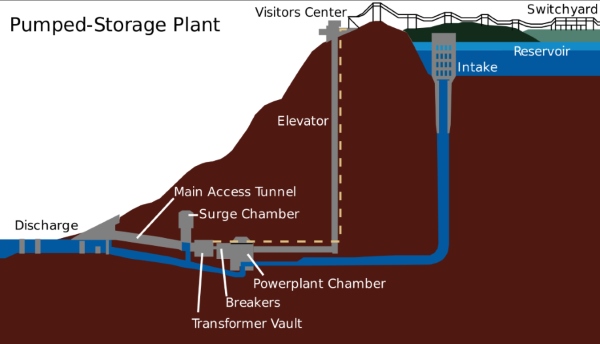 The situation in Italy: the collapse of hydroelectric energy production

Despite the low cost and the convenience of this process, hydroelectric energy production in Italy has collapsed in recent years. Data at hand, experts estimate that energy production through hydropower pumping has decreased from 1000-1500 hours per year to 200-300 hours. What are the main reasons of this decline?

Answering this question is far from being simple, because this decrease occurred at the same time as the market was liberalised, which is a kind of a paradox.

However, a number of factors have contributed to the decrease in hydroelectric energy production. The most significant factors are due to the following circumstances:

If we wanted to summarize what has been said until now, we can say that hydroelectric pumping plants are fundamental for the Italian energy system, because they inject high energy quantities into the market in a relatively fast time and at much more advantageous costs than other production systems. However, as we have previously mentioned in the paragraph above, these plants represent a problem both in terms of their geographical location and for trading.

Now, having explained the main issues of hydroelectric energy production, the question we ask ourselves is as follows: are there any solutions that could make the offer more flexible while reducing costs?
Definitely yes! One of the solutions is flanking hydroelectric power plants with electrochemical ones, because the batteries of the latter allow to carry out a sort of storage for the energy in excess, and to inject it into the grid when needed.