Home » NEWS » Market info » Electrical cables: tell me about the colour and I’ll tell you what it serves for 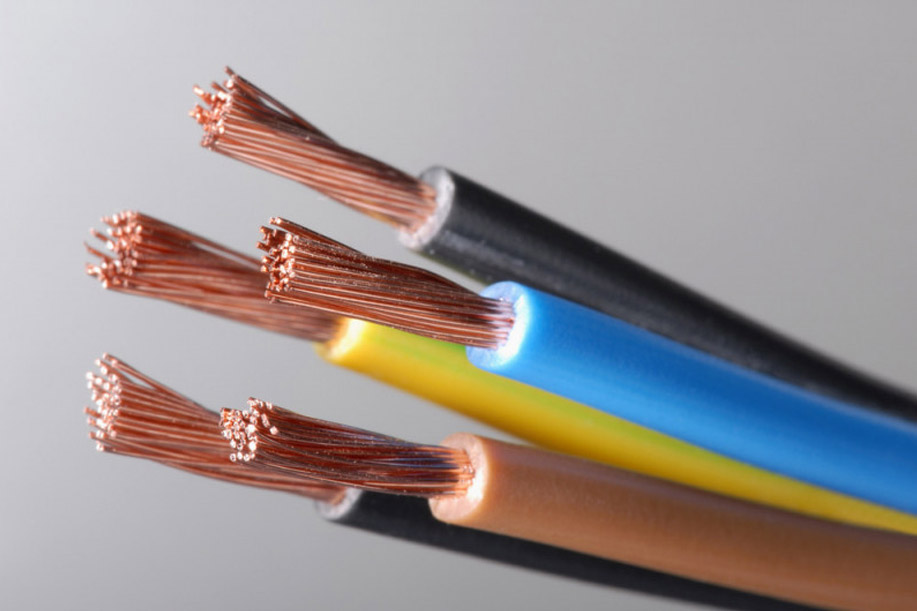 When working on a new building from scratch it is important to know how the different spaces and the rooms will be used, where the furniture, the lamps, and the appliances will be placed; we are not only talking of the kitchen appliances, which are numerous and necessary, but we are also talking about TVs, PCs or printers, along with all the special sockets required for the terrestrial and digital antenna, landlines or USB sockets. It is important to have a clear idea on how the house will be organized to install the sockets in the right place and create a clean system, without visible and unsightly cables that run along the floor or go down to the ground from the TV.

The choice of colours

All these factors must be taken into account. Two different types of circuits are necessary: a 10 A circuit is needed for the lights and a 16 A circuit is needed for powering the sockets. These sockets are usually placed along the walls 30 centimetres from the ground, with the exception of the kitchen. We are talking of those sockets placed close to beds and for wall TVs, which make it essential to know the position for a perfect system.

Anyone who has discovered what is hidden behind sockets and switches will have found some coloured wires.

Wires are of course essential to connect not only the generator, the main panel, to all the light points, but also to connect them together.

The choice of colours is neither random nor trivial, it respects very specific guidelines that help to avoid mistakes while making connections. Moreover, they are also important indicators for those who are thinking of making changes in an existing system (they do not know). These wires will help them recognizing if the system is compliant with the regulations in force on this subject.

First of all, it is important to know that an electrical system is made up of 3 fundamental elements: the phase, the neutral and the earth, whose characteristics and functions are important to be known so as not to run into danger if colours are reversed – such as for instance the happening of a short circuit that occurs when the phase is confused with the neutral.

The phase is the cable that carries the current into the house. This cable can be either black, brown or grey. It is a 3-core cable. This cable is the most dangerous because you can take power from it.

The earth is always and no matter what yellow-green and serves to discharge the dispersions of a system acting as a safety. Thanks to this cable we can avoid that the voltage discharges on other conductors leading to serious trouble, including putting at risk people’s lives.

The so-called current returns, i.e. those cables that close the circuit between the phase and the neutral through the switch can be of various colours. Very often, they are red, orange, purple or white.

These are the just some indications for very simple systems. For the more complex ones that have different voltage capacities, colours are even more relevant: red is usually used to indicate a voltage between 1.2 and 36 Kg Volt.

The use of the right colours in an electrical system, therefore, becomes a critical task. To make a system compliant with the regulations regarding colours means not only to respect a law but also to allow, if the system needs to be changed or repaired, to immediately recognize the kind of circuit, not only to the person who has made it, but also and above all to allow the person who puts hands to it for the first time to know what he is doing.

We always advise when dealing with electricity to deal with authorized and capable people. However, if you were ever going to open an electrical panel or a box that is hidden behind switches or sockets it is necessary to know the conventional colours, established by a standard, with which the various elements of a circuit are identified.

In the same way, it is important that these colours are always respected. To avoid any confusion, the problem could be solved by using a scheme that reproduces the system. There could be many complications and this could represent a risk if a person was going to touch at the system without a detailed scheme.

Finally, there are two more recommendations when planning an electrical system: not to use the same colours for the earth and the neutral and to use cables of different tones that could cause confusion.