For those who live in an Italian city, especially in large urban centers, the simple fact to be moving by car daily, it doesn’t matter the time of the day, will make you realize, how the traffic has been increasing year after year. 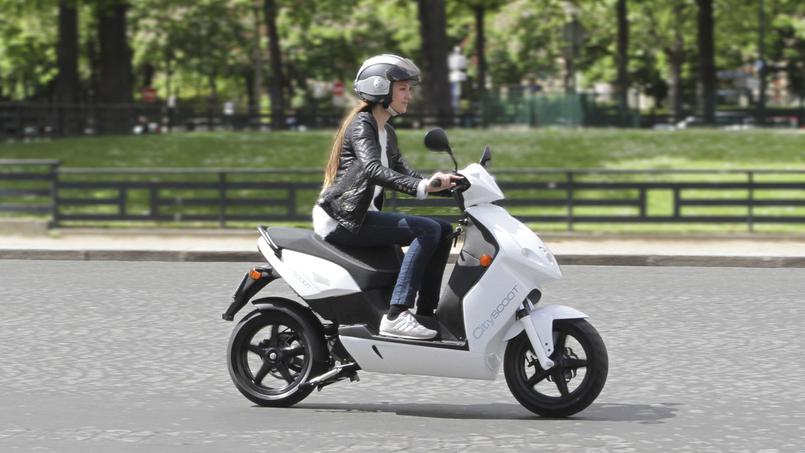 By now, many people consider the traffic as one of the main factors, that can adversely affect a normal day, increase the stress level and, in the long run, affect health.
The pollution produced by cars, buses, trucks or motorcycles has exceeded the alert level, forcing many municipalities to implement restrictive measures (such as the no traffic days and the alternate number plate days).
Moreover, those who are forced to go to work driving, see the time wasted in looking for a parking lot, as a source of additional stress.
For these reasons, in recent years, new electric motors have been designed, developed, and improved, creating a new market that, according to the data recorded so far, seems to be growing.
More specifically, the electric moped seems to be very popular in the busiest cities. This means of transport is both convenient (does not fear the queues and can be parked with ease), and has a low power consumption. Thanks to its electric motor, it greatly reduces the level of pollution.
According to a study carried out by the Navigant Research, by 2023 there should be a real “boom” of mopeds, but also of electric motorcycles, due to the high cost of gasoline.
We are talking about 55 million two-wheeled vehicles registered. However, we must highlight how, the sustainable mobility industry, is, at the moment, going through a difficult period, because of the high prices imposed by the electric motors, as well as due to the limits in performance and self-sufficiency.
However, the increasing need to reduce noise pollution, and the possibility to own a more silent vehicle, are pushing different people to evaluate the possibility of purchasing an electric vehicle.
Thanks to the improvement of its technology, we are now using “brushless” motors, representing an advantage for this kind of power supply.
Brushless motors have replaced the alternating current models, providing better performances and at the same time, making the vehicle more maneuverable.

We previously mentioned how, electric motors are still quite expensive, and how people won’t change their habits due to this reason.
This is true, if you only consider the retail price. However, if you take into consideration the maintenance costs for an electric moped, you will see that they are less expensive, compared to a conventionally powered moped.
For instance, those who choose an electric moped can be exempted from the stamp duty for a period of five years.
Moreover, in many cases you can get a discount on your RC insurance, up to half of the original price. Several insurance companies, have started to show some interest towards environmental health. For this reason, they have chosen to calculate the policy premium following the same criteria used for a traditional moped, only to cut down on the final price.
Another relevant advantage of an economic nature, is represented by the substantial savings in terms of power costs. The owner of an electric moped does not need gasoline anymore.

Many batteries are removable, allowing to be directly recharged from the home network.
During a trip, however, you can rely on charging stations, that are more and more available on the routes. Many municipalities are making charging stations available, for recharging batteries for free.
If on the hand municipalities are trying to overcome the problem related to the lack of charging stations, the same cannot be said with regard to the recharging time of the battery, which remains longer than the normal refueling time with petrol.
However, the four-wheeled vehicles are more affected from this problem that the electric mopeds that have smaller batteries.
A full recharge ends up costing, in electric energy, about a euro, ensuring a self-sufficiency of 90 kilometers. Lithium batteries used in electric vehicles are more and more efficient.
They can last for 50 to 80,000 km depending on the model. But there are other expenses required by a gasoline engine, that are nil in the case of an electric motor.
We can simply recall for instance, the maintenance cost of valves, cylinders and carburetor, or to change oil.

A lifestyle that could make the e-moped popular

A survey conducted by the European Union has confirmed that almost 80% of citizens, are used to cover, a distance of less than 60 km daily.
These short journeys, if carried out with traditional vehicles, entail costs that nullify all the benefits.
From an environmental point of view, an electric moped does not have any impact, apart from the CO2 that is emitted while recharging. Besides the economic and environmental benefits, having an electric moped, allow those living in Limited Traffic Zone areas to move freely.
This, of course, also applies during the no traffic days. Finally, the possibility to benefit from government or regional incentives, should not be forgotten.

Recently, self-balancing electric moped, known as the hoverboards, have become popular. Especially the younger ones are fascinated by their “cool” looks. However, these vehicles, are not considered absolutely safe yet, especially for possible risk of fire.
In this regard, Amazon, asked manufacturers for a greater security, warning that, if an inadequate or no answer was going to be given, they would be promoting the withdrawal from the market of these models, as they are unable to comply with the existing laws.
Main producers seem to have entirely understood Amazon’s request, adopting more restrictive security measures.