Home » NEWS » Featured » How does the Internet of Things work? Protocols and technologies of the IoT

When we talk about the Internet of Things or Internet delle Cose (in Italian) we refer to a series of interconnected technologies, which widely differ in typology and complexity. 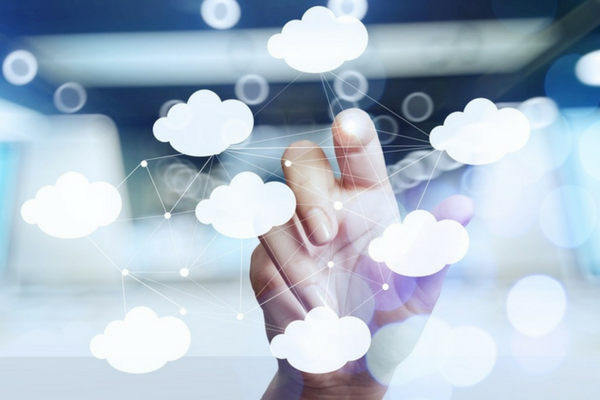 To exactly understand what is meant by the Internet of Things or the IoT, to see what its future prospects are and where it can be used, it is necessary to analytically focus on the currently available technologies, their potential and functionality.

The so-called standard communication protocols that are behind the Internet of things and their functions, represent a point we need to analyse even more in detail.

The protocols behind the Internet of Things

Before going into further details, you must take into account the fact that there are 8 main clusters.

The first to be analyzed is the passive RFId. RFId is the acronym for Radio Frequency Identification and is one of the simplest technologies through which real-world objects can connect.

This technology manages to group all kinds of automatic identification standards through a radio frequency. Moreover, it does not require any battery.

For example, the RFId can be used to manage the supply chain. It is important to point out that, at least for the time being, this solution remains limited to one factor even though there are a series of ongoing trials. As a matter of fact, such a technology is starting to be used also in different branches of the supply chain that by their nature are controlled solely by a single factor.

Just think, for instance, of the clothing industry. Anyhow, this technology has started to be used in smart cities, especially for managing waste bins or parking areas.

A completely different explication must be given for the active RFId. Contrary to the previous one, this technology requires a battery that significantly improves communications and gives shape to a completely independent operation without having to refer to the reader’s intervention.

For the time being, the active RFId only features very simple functionalities used to communicate, for example, the identification codes of specific objects. However, there are more advanced protocols which refer to another cluster. To effectively understand the RFId technology, it is more than enough to take into account the fact that it is used, for example, for localisation inside buildings.

Another widespread technology is the so-called Personal communication. In this case, we are dealing with a communicative standard that works with short-range networks, created for consumer applications that, as it is well renowned, feature a series of particularly narrow communication bands such as the low power Bluetooth.

Personal communication is also widely used in the so-called eHealt. There are many smartphones and tablets already that are equipped with this technology and are used to concentrate, visualize and process this kind of information.

Moreover, this technology is spreading very easily as is used in different fields. The same thing is also visible in other industries such as tourist services, entertainment and sports.

Among those technologies that need to be analysed to better understand the Internet of things, there is the Wireless Bus. This standard is nothing more than a valid and rigorously wireless alternative to traditional wired solutions that are widely used in various industries.

All the technologies that make this cluster, do not support highly sophisticated architectures as they merely replicate the traditional field bus principles. Thanks to this particular technology, it is possible to rationalize energy consumption while achieving, at the same time, good performances in terms of reading distance. All this allows to considerably reduce the number of concentrators.

Thanks to its specific features, this technology is specifically used in the so-called non-electric smart metering, where gas and water will (very soon) represent the main factors.

Wi-Fi is a protocol that allows wireless access to broadband networks. This technology was invented to transmit a lot of data and is considerably energy-intensive. For this reason, there is a series of limits in the IoT industry.

Wi-Fi technology is largely used for building localisation, logistics, security, and product control. Regardless of this, it is important to highlight that this technology can be applied to many fields: from home automation to monitoring through the constant control of our daily actions.

Among the technologies behind the Internet of things we can count the so-called Low-power mesh networks. They are networks made up of a whole series of low power nodes with complex networks that are self-configured and able to support dynamic data routing, while consuming little energy.

At the moment, they are under the magnifying glass of the technicians because they seem to be applicable in several fields, such as health care, environment or public affairs.

In this context it is impossible not to mention mobile telephone networks. When we refer to such networks we refer to communication technologies that can, for instance, be used for transport or in all those applications that need a so-called point-to-point connection.

Mobile telephone networks can also be used to connect control centers and concentrators and it is by no means excluded that other areas of application will be available in the near future.

Finally, on Power line communication, we can say that is used to transmit data through the modulation of the electrical signals used for power supply. These protocols have been designed for both domestic and medium or high voltage networks.

The biggest network of connected objects in Italy is based on the Power line communication; we are talking about more than 34 million electrically powered smart meters. Recently, it seems that this protocol has also been applied in public lighting.