The “car of the future” Chrysler Portal was presented at the last CES (Consumer Electronic Show) in Las Vegas 2017, the American trade show entirely dedicated to consumer electronics.

The prototype of the electric car presented by the FCA Group is equipped with a special design dedicated to Millennials, i.e. to new generations. The minivan has been presented by 4 designers and engineers. The car is equipped with innovative technologies and all its functionalities are connected to the web.

Chrysler Portal: the features of the FCA electric car 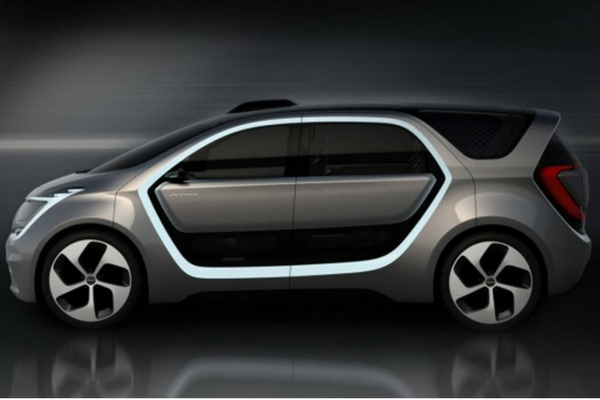 During the “Consumer Electronics Show” this year, which was held in Nevada, United States, the new concept car, Chrysler Portal, was presented. This innovative prototype of the car of the future represents the first electric vehicle presented by the Italian-American group after FIAT’s attempts in the 1990s with “Panda Elettra” and “Uno Elettra”. The Group didn’t specify if the car will be sold on the market in the near future, therefore we don’t know whether or not we will see Crysler Portal hitting our roads.

The prototype presented at the CES is a 5-meters minivan, equipped with 6 seats and 100 kWh batteries, with an estimated range of about 400 km.

The engine is front-wheel drive and can be recharged very quickly, in only 20 minutes. This charge will be enough to give the car a 240 miles range. Chrysler Portal is equipped with a driving support system that enables the third-level autonomous driving mode (however, the driver will always be required). 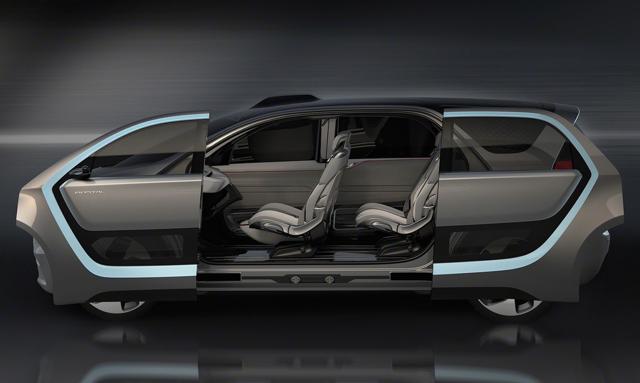 As for the design, the Group has taken advantage of the electric engine’s features to make the interiors of the car bigger and more versatile. The aesthetics of the car was specially designed to conquer young people, the so-called “Millennials” (“Millennials” stands for young people who were born from 1980 onwards, also called “digital natives”), i.e. People who are 30s today and who will, in the near future, be the major interested buyers of family cars. The interiors have been conceived as a “Living Space”, to be experienced. It offers much more space for passengers and allows the driver to enjoy the best of his driving experience. 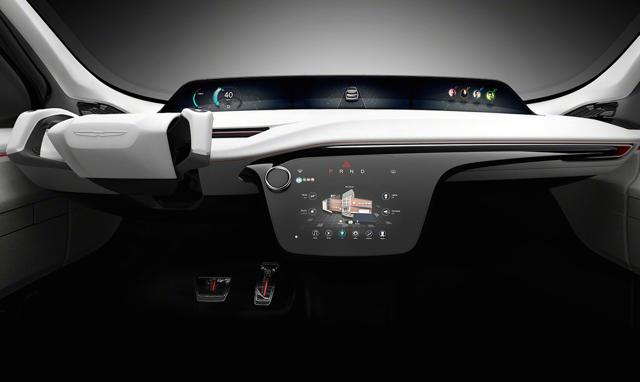 Doors will be electric too and, in addition to its innovative autonomous driving feature,  Chrysler Portal is equipped with many technologies that allow a direct connection to the Internet. Among these features, there is the so-called “Vehicle to X”, a special functionality that will allow the driver to connect with surrounding cars and with buildings.

Moreover, the interiors are equipped with 8 Docking Stations, i.e. USB sockets that will connect mobile phones and laptops to the car. Located where the dashboard should be, there is the “Amoled” 3D display that will allow the driver to perform the most diverse operations and to manage the car’s functionalities, entirely digitally. The system will also allow an optical detection of the driver or of the passengers’ eyes, which will automatically activate only a side of the display, so as not to disturb the driver when driving.

Panasonic’s “Cognitive Infotainment” technology was integrated into the car. This technology is equipped with dedicated mobile apps. Panasonic is one of the companies which took part in the project. Last but not least, the car also features biometric recognition. The car is also equipped with a system capable of storing people’s physical traits and preferences, not only of the usual driver of the car but also of each passenger.  In this way, the car will automatically recognize people who will enter the car and will set the audio system according to the different areas of the car and will propose to each passenger their favourite playlist.

Chrysler Portal: the result of an outstanding partnership

To realize Chrysler Portal, FCA Group has collaborated with several world-renowned electronics brands. First of all, with Waymo Group by Google for the autonomous driving system of the car. Magneti Marelli Group, the Korean electronics giant, Samsung, and Panasonic, have participated in this ambitious and innovative project too.

Ashley Edgar, the young FCA group engineer, who has been working for the company since 2009, has presented the car to “Millennials “. As mentioned above, Marchionne hasn’t released yet any statement concerning the possible production of this prototype. Therefore, we will need to wait for the Car tradeshow in Detroit to know more about it.